Context: All around the world there is are protests by the people against their governments. In recent times there is an increase in this protest which has taken the form of Violence in many cases. Here is a person who believed in truth and non-violence stood against the mighty British empire and showed his protest by taking salt as the symbolic representation of his dissatisfaction towards the British rule in India.

Relevance:
Mains: GSI- Modern Indian history from about the middle of the eighteenth century until the present- significant events, personalities, issues.

The civil disobedience movement marks an important event in the history of India. This event is important not because of mere people protest but it included the people from all sections of the society. The Dandi march was easily the most significant organized movement against the British Raj after the non-cooperation movement of the early 1920s. Typical Indians who were guided by the caste and religious diktat have forgone their prejudices and came forward to participate in this movement. Here we try and understand what made Gandhiji take this decision and his idea about choosing salt as the symbolic representation. 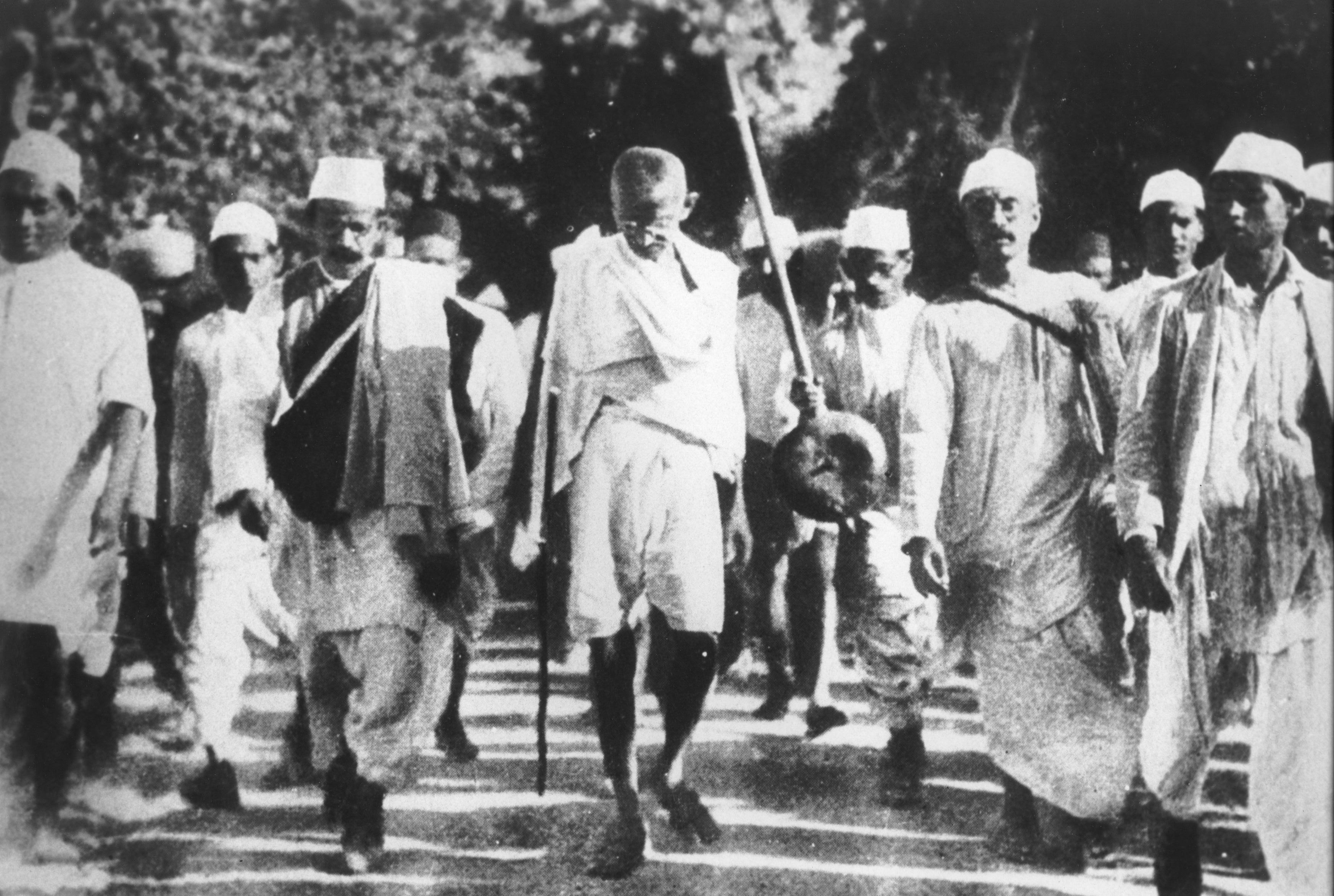 Gandhiji since his release from prison in 1924 remained aloof from direct politics and concentrated his energies on constructive programs, such as the untouchability removal campaign, promotion of the use of spinning wheel, etc., During this time congress itself divided among the “nochangers” and “prochangers”.

Notable events after the 1920s

The above developments show that Indian society was divided into many factions. Different stakeholders had different interests in society. So certainly a unifying factor was missing in these developments. When the British government announced that it is going to increase the tax on salt this caught much controversy.

Even Gandhiji commented, “There is no other article like salt, outside water, by taxing which the government can reach the starving millions, the sick, the maimed and the utterly helpless… it is the most inhuman poll tax the ingenuity of man can devise.”

What happened during the march?

What was the significance of the Dandi march?

Parallel Movements all over India

These movements signified that Indians can unite against the common external force like the Britishers. The Britishers came down a step from their high-handedness and made an offer on 31st October 1929 which was called as “Irwin Offer” for Round table conferences.

So the movement was withdrawn through the Gandhi-Irwin Pact of 5 March 1931 and Congress agreed to participate in the Second Round Table Conference to discuss the future constitution of India. But the negotiations with the British Government failed and Gandhi returned empty-handed from the conference. The Civil disobedient movement was renewed with greater vigour but evidently evoked less enthusiasm.

By this, we can understand that Gandhiji has unified Indians against the Britishers under the salt tax. This movement touched the untouched part of society. People who are protesting against their governments today can learn many valuable things from the walks of life of Gandhiji.

Please Share with maximum friends to support the Initiative.
SELF PREPARATION