Context: On January 6, the office of the United States Trade Representative (USTR) published a report concluding that the 2% digital services tax (DST) introduced by the Indian government vide the 2020 Finance Act discriminates against US businesses, contravenes settled principles of international tax law, and restricts US commerce. 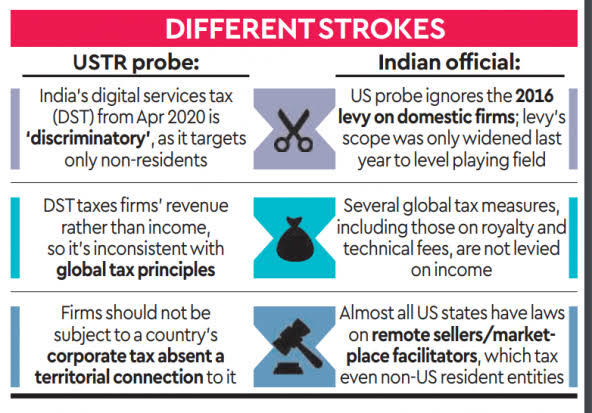