The policy of regulatory forbearance which started during the 2008 Global Financial Crisis(GFC), yet continued long after the economic recovery resulted in unintended and detrimental consequences for banks, firms, and the economy.

Regulatory forbearance: It is a policy that allows banks and other financial firms to continue with their operations even after exhausting their funds. This strategy was set up by the central bank and other regulatory authorities to prevent banks from being bankrupt and maintain their stability. In simple terms, regulatory forbearance for banks involved relaxing the norms for restructuring assets, where restructured assets were no longer required to be classified as Non-Performing Assets.

In 2008, anticipating the global financial crisis, RBI introduced the policy of regulatory forbearance with the following provisions: 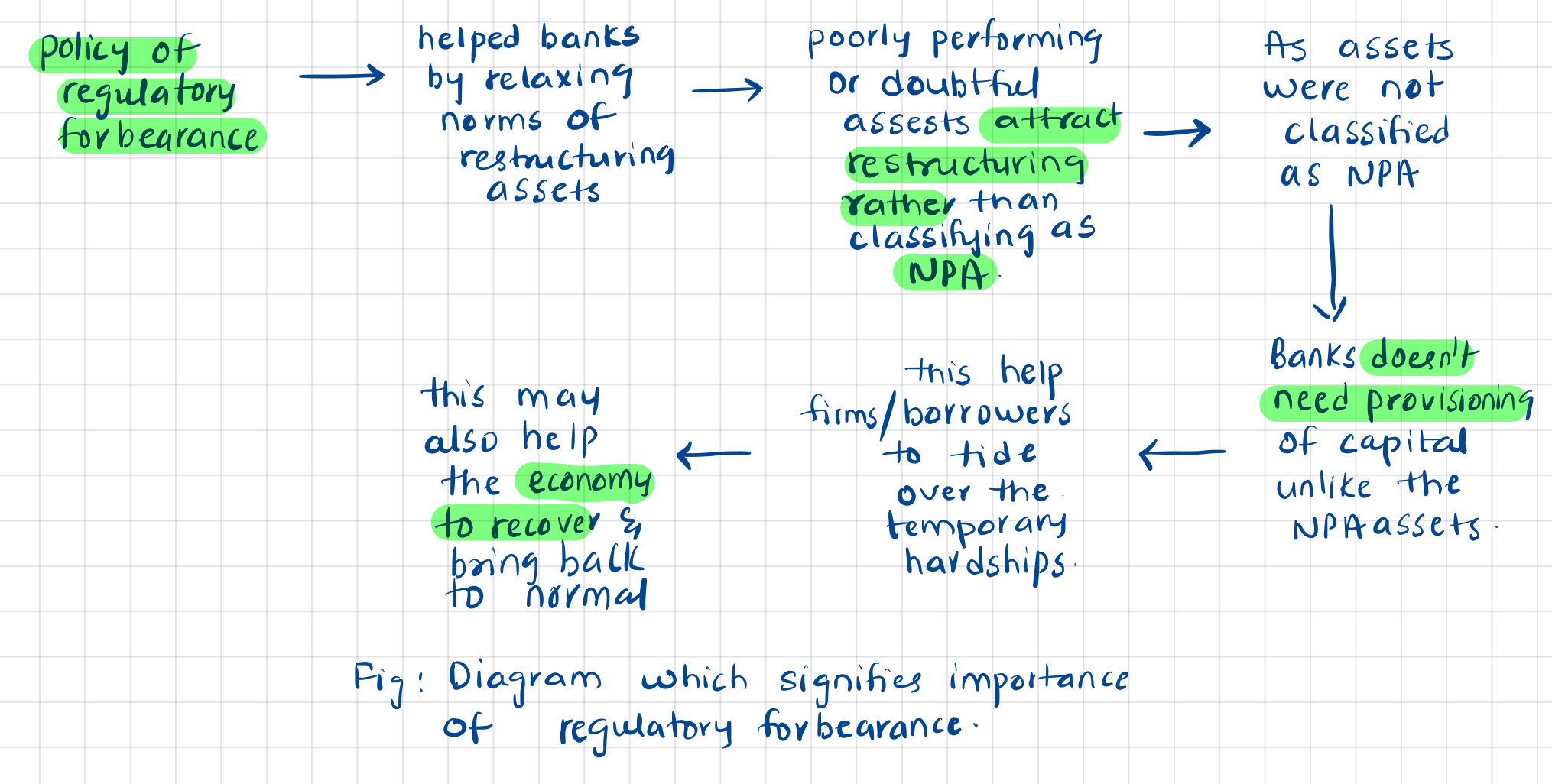 Lets us understand the benefits of this policy by comparing some important economic indicators between FY2009 and FY2011:

During the period of the global financial crisis (GFC), the policy worked well with banks selecting genuinely distressed, but viable in the long-run, borrowers for restructuring. However, Economic Survey is of the view that the policy of forbearance should have been ended in FY2011, which by FY2011 have recovered the economy by giving the above benefits.

ADVERSE IMPACT OF FORBEARANCE ON BANK PERFORMANCE AND LENDING

Hence internal governance of the firms weakened, misappropriation of resources increased, and their fundamentals deteriorated. Not only this, but the forbearance period was also associated with a decrease in the entry of new firms in the industry.

Finally, after continuing forbearance for seven years, the RBI decided to withdraw regulatory forbearance starting from April 2015. The RBI also decided to conduct a detailed Asset Quality Review (AQR) to know the true status of banks’ NPAs. However, the AQR exercise exacerbated the problem rather than controlling it because: