India entered the top 50 innovating countries for the first time in 2020 since the inception
of the Global Innovation Index in 2007, by improving its rank from 81 in 2015 to 48
in 2020. India ranks first in Central and South Asia, and third amongst lower-middle-income group economies(after Vietnam and Ukraine). To herald this significant achievement while setting out the path for further progress, the Survey examines India’s innovation performance on various dimensions.

GII is co-published by Cornell University, INSEAD, and the World Intellectual Property Organization (WIPO), a specialized agency of the United Nations. It seeks to assist economies in
evaluating their innovation performance by analyzing across various dimensions. 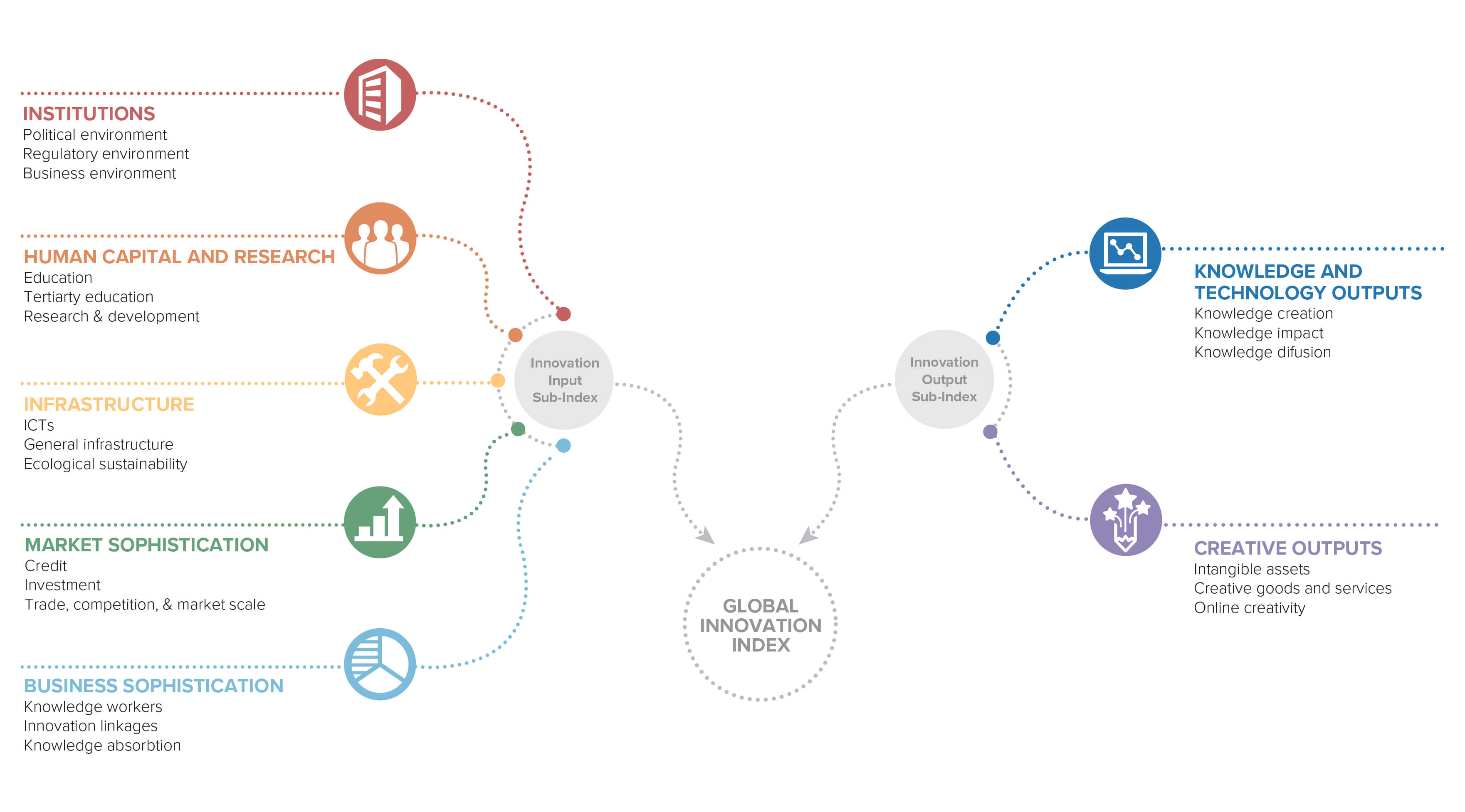 Across these 7 pillars, it assesses the country's performance with respect to innovation performances.

The above figure depicts the performance of India across the 7 pillars of the WIPO's GII.

India as an innovation hub:

It may be seen that India is able to effectively translate investments in innovation inputs to produce a higher level of innovation outputs. This implies that India stands to gain more from its investments into innovation than many other countries. The govt schemes like the Startup India campaign of the Government of India recognizes entrepreneurship as an increasingly important strategy to fuel productivity growth and wealth creation in India. Along with that focus on primary education and creating a favorable environment at home for research helps India to attain global innovation power status aiding the demography at home and then to become 3rd largest economy in the world w.r.t GDP calculations.