Context: The era of pandemic shown that we are living in an uncertain world. Trade between the countries got disrupted and certainly, the measures like lockdown have impacted the people movement. Cooperation among the countries is more essential now than before. But in the case of the EU and the U.K, the relations have strained after Brexit. This has to be analyzed from the perspective of India where India seeks global cooperation.

Objectives of the European Union: 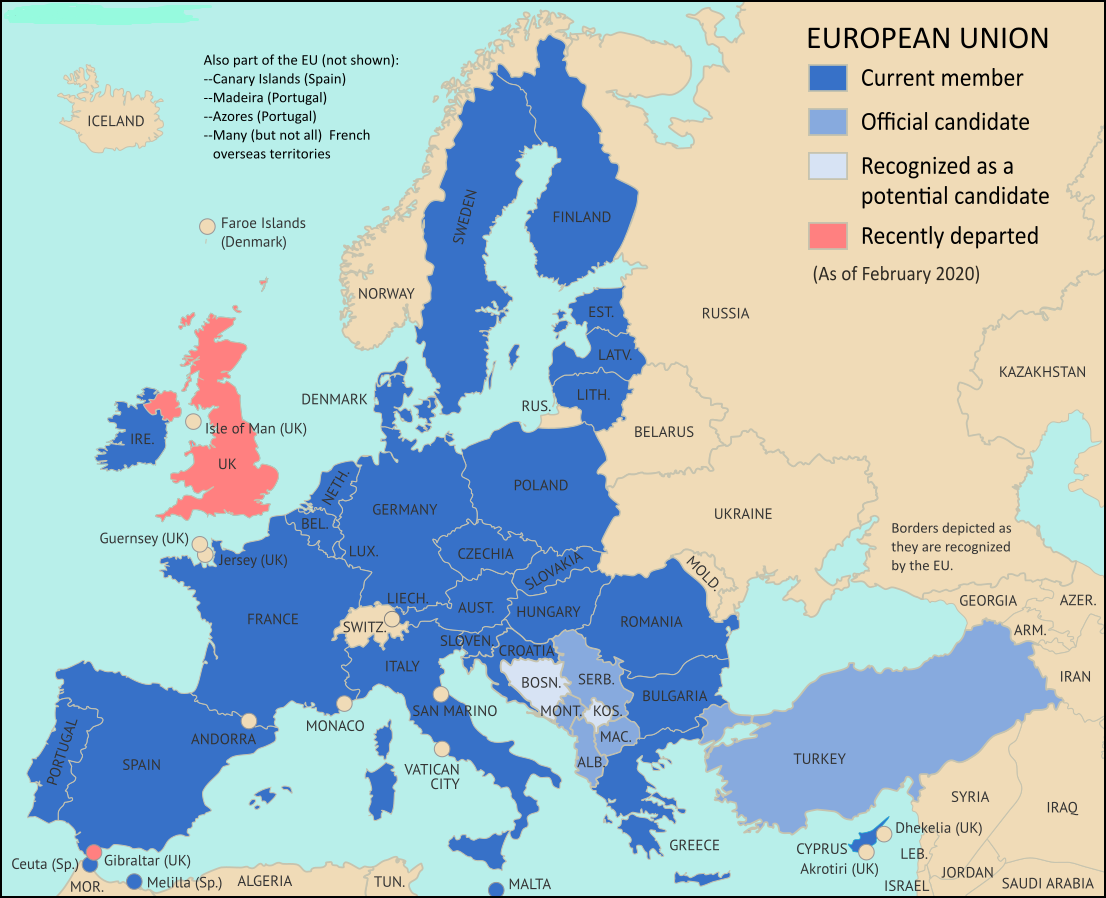 Importance of India for EU:

India-EU cooperation in other fields:

Brexit and its Implications on Europe:

Still, there is a lot of scopes for the trade relations to improve since India is behind the US, China, and the UK in terms of being the EU’s trade partner. The UK has been an important country so far in India’s relations with the EU. After the UK, France and Germany had India’s major focus in the EU. But now India should look to develop relations with other countries such as Spain, Portugal, the Netherlands, Poland, and Denmark.

The Covid-19 crisis and China’s aggression are challenges but they have presented an opportunity to India and the EU to restructure their relations to adjust to the new normality. The scenario of Brexit certainly provided India with an opportunistic outlook. India should cooperate with both U.K and the EU simultaneously to gain maximum benefit out of it. Certainly, people-to-people contact has to be improved once the pandemic is over with bringing the new investments in both the countries. This also leads to fastening BTIA from which India can leap forward.