French President Emmanuel Macron called for Iraq to be allowed to choose a path not dictated by foreign powers, in an address Tuesday to a summit aimed at helping to resolve Middle East crises. Iraq has been caught for years in a delicate balancing act between its two main allies, the United States and Iran, and Baghdad only recently arrived at a fragile compromise government after a year of political stalemate.

Mains- GS-2, India and Its Neighbourhood Relations, Bilateral, regional and global groupings and agreements involving India and/or affecting the Indian interests, Effect of policies and politics of developed and developing countries on India’s interests, Indian diaspora.

The bilateral relations between the Republic of Iraq and the Republic of India have traditionally been friendly and collaborative. Basra was for the Arab world not only the market par excellence of the Indian merchandise including textiles, spices, food-grains and other commodities but also of the famous pearl trade that flourished mainly through the Indian traders and jewelers. 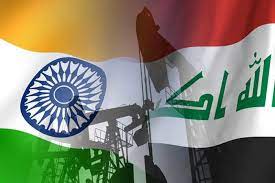 There is a long way to go before India and Iraq fully regain their old ties. It is time for both the countries to further engage each other and explore new areas of cooperation for mutual benefit.