What is the Difference between Monopoly and Competition?

Purely monopolistic markets are extremely rare and perhaps even impossible in the absence of absolute barriers to entry, such as a ban on competition or sole possession of all-natural resources. 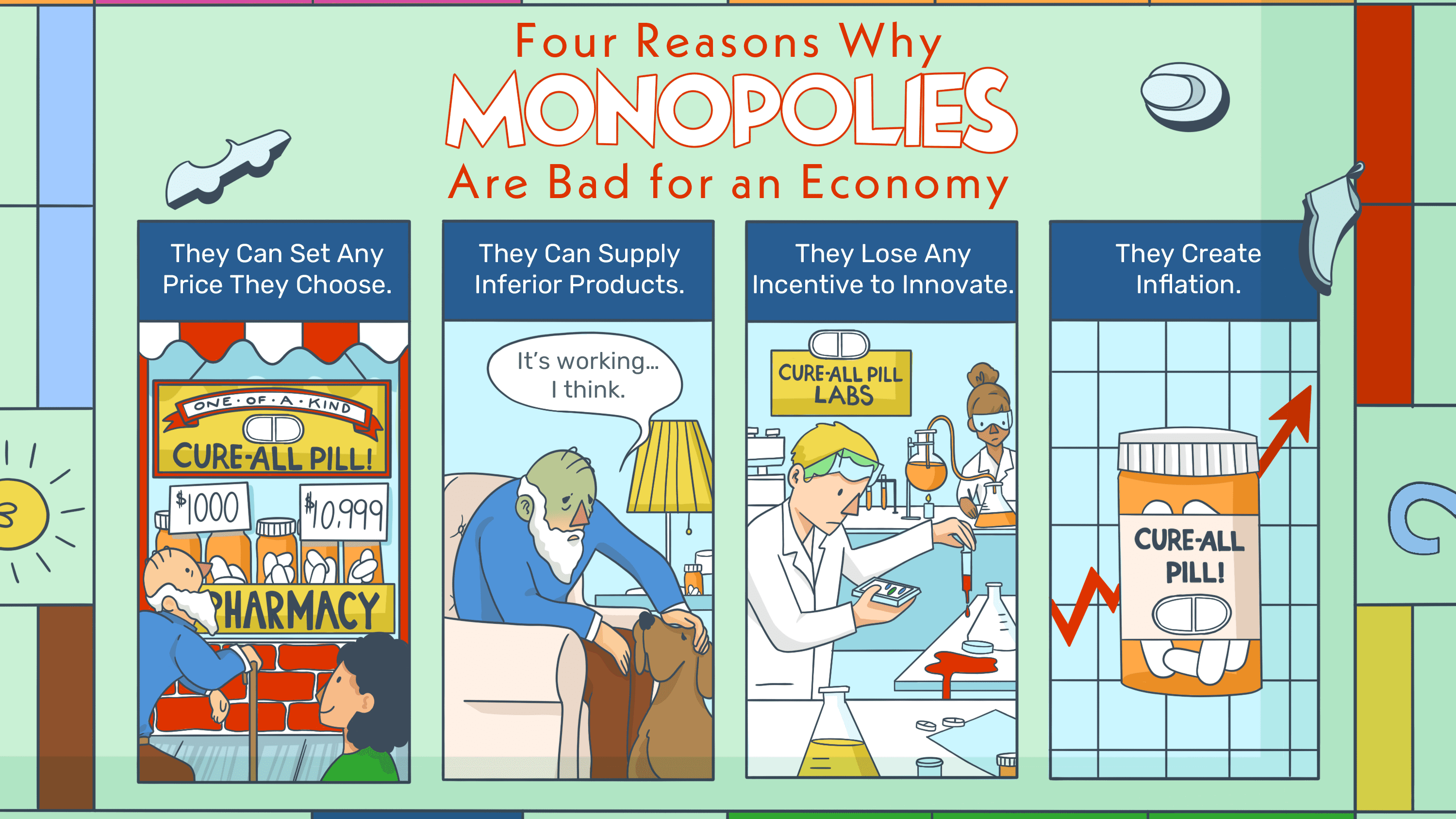 Perfect competition means a situation where there are a huge number of players in a market and the price of the final product cannot be decided by any single player.

The customer gets to benefit at every step, as the prices cannot be very steep, anyway.