Context: Women and Child Development Ministry has invited comments and suggestions from all stakeholders on the Trafficking in Persons (Prevention, Care and Rehabilitation) Bill, 2021.

What are the constitutional & legislative provisions related to Trafficking in India?

Context: The Uttar Pradesh State Law Commission has prepared a proposed draft Bill for population control, under which a two-child norm will be implemented.

How does it seek to enforce the ‘two-child norm?

About Marine Aids to Navigation Bill

Key Features of the Bill

Context: Tamil Nadu's chief minister has urged the Union government not to move the Indian Marine Fisheries (IMF) Bill, 2021, during the monsoon session of Parliament.

What is the Bill?

What is Essential Defence Services (EDS)?

What are the Amendments Suggested?

What does the DICGC Insure?

The Juvenile Justice (Care and Protection of Children) Amendment Bill, 2021

Context: Tribunal Reforms Bill, 2021, had been passed by Lok Sabha.

Context: The Lok Sabha passed the Bill to formalise the Commission for Air Quality Management for National Capital Region and Adjoining Areas.

More about the Bill:

Functions of the Commission:

What is Retrospective Tax?

Issues with Retrospective Tax in India

What is the new Amendment?

Why is the 127th Constitution Amendment Bill needed?

What will the 127th Constitution Amendment Bill introduce?

What is the procedure to get 127th Constitution Amendment Bill passed?

Benefits of the new law

More about the Bill:

Specification of the bill:

The Government of National Capital Territory of Delhi (Amendment) Bill, 2021

Context: The Government of National Capital Territory of Delhi (Amendment) Bill, 2021 was introduced by the Ministry of Home Affairs in the Lok Sabha.

The Government of the National Capital Territory of Delhi. 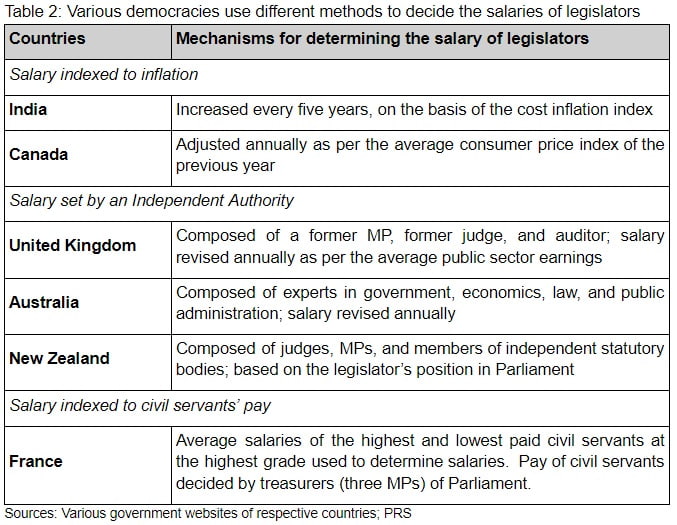 Context: The Lok Sabha passed a Bill to amend the Mines and Mineral (Development and Regulation) Act (MMDR Act).

More about the Bill

Context: National Commission for Allied and Healthcare Professions Bill passed by Parliament to regulate the practice of allied and healthcare professionals.

More about the Bill

The Cryptocurrency and Regulation of Official Digital Currency Bill, 2021

Context: The proposed legislation on cryptocurrencies which is likely to ban digital currencies is expected to provide an exit window to the existing crypto holders of private entities.

More about the bill

Context: The Telangana government has declared Mucormycosis as a notifiable disease under Epidemic Diseases Act 1897.

Context: The Supreme Court asked the Centre to respond to a petition that challenges the constitutional validity of the Places of Worship (Special Provisions) Act, 1991.

More about the act:

Context: The Centre has only rejected 4.3% of all Right to Information (RTI) requests in 2019-20, the lowest ever rate, according to the Central Information Commission’s annual report.

More about the RTI act

Features of the Act

Context: The Central Government by way of an Ordinance, has abolished the Intellectual Property Appellate Board (IPAB) which was established in 2003 under Trade Marks Act, 1999.

More about Trademarks act of 1999

Context: Due to changes made in the FCRA last year, several NGOs were unable to receive international contributions.

Context: ‘Child marriages may go unnoticed amid lockdown’.Weddings may be restricted to houses due to norms according to activists.

More about The Prohibition of Child Marriage Act, 2006

Context: In recent times, there have been numerous incidents in which activists have been charged under the National Security Act of 1980.

More about the Act

Context: Union Cabinet approved the Model Tenancy Act (MTA) to streamline the process of renting a property in India and aid the rent economy in the estate sector.

Features of the Act

Context: Granting bail to three persons who are part of the northeast Delhi conspiracy case, has opened up the black box of the UAPA jurisprudence.

Section 66A of the Information Technology (IT) Act,2000

Context: The Supreme Court (SC) issued a notice to the Centre on the use of Section 66A of the IT Act that was scrapped in 2015.

About Section 66A of IT Act

Why It Was Scrapped?

The Code on Social Security 2020

Rights of Persons with Disabilities (RPWD) Act of 2016

Prevention of Cruelty to Animals Act, 1960