Relevance: GS-III: Effects of liberalization on the economy, changes in industrial policy, and their effects on industrial growth.

A Double Taxation Avoidance Agreement (DTAA) is a treaty signed between two countries, which incentivizes and promotes the exchange of goods, services, and investment of capital between the two countries by eliminating international double taxation. It is not a regulation to impose or determine tax rates but a comprehensive treaty between two sovereign states enumerating the detailed procedure and manner of taxation, with well-defined written terms and conditions to be strictly adhered to.

Objective: Its key objective is that taxpayers in these countries can avoid being taxed twice for the same income.

Globalization has resulted in the rapid growth of multinational companies operating across multiple jurisdictions, which have led to certain loopholes in the manner of taxing global income – creating an incidence of double taxation. Each country has its own international taxation laws, which are divided into two broad dimensions:

To avoid this scenario, and to promote foreign investment to ease the flow of capital, governments enter such treaties with other countries. The need for DTAAs can be summed up as follows: 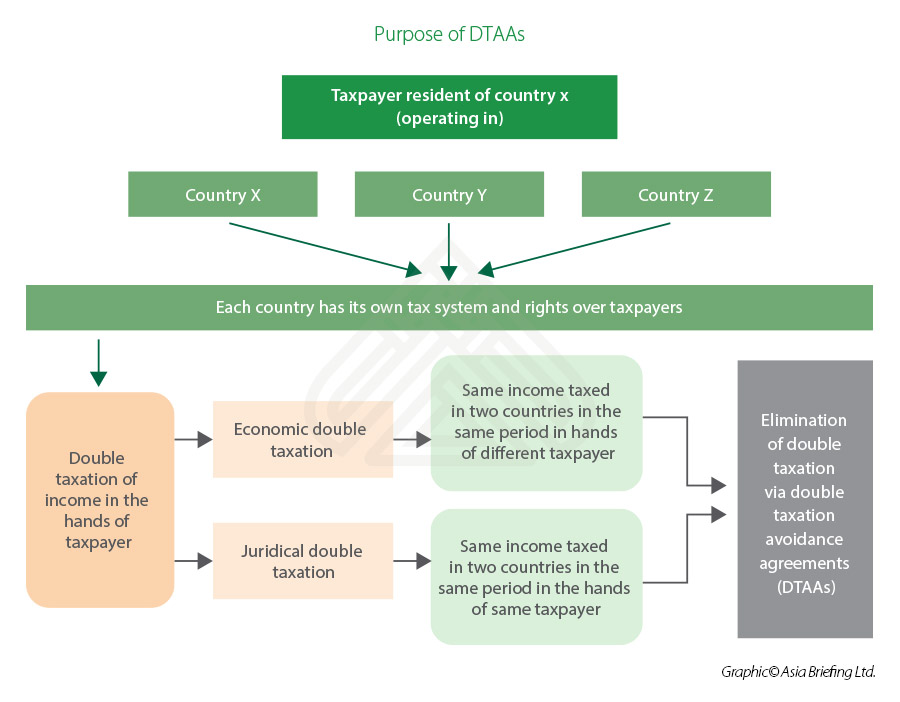 Note: There is no universally accepted definition of a tax haven country. However, a Tax Haven Country has certain peculiar features such as: