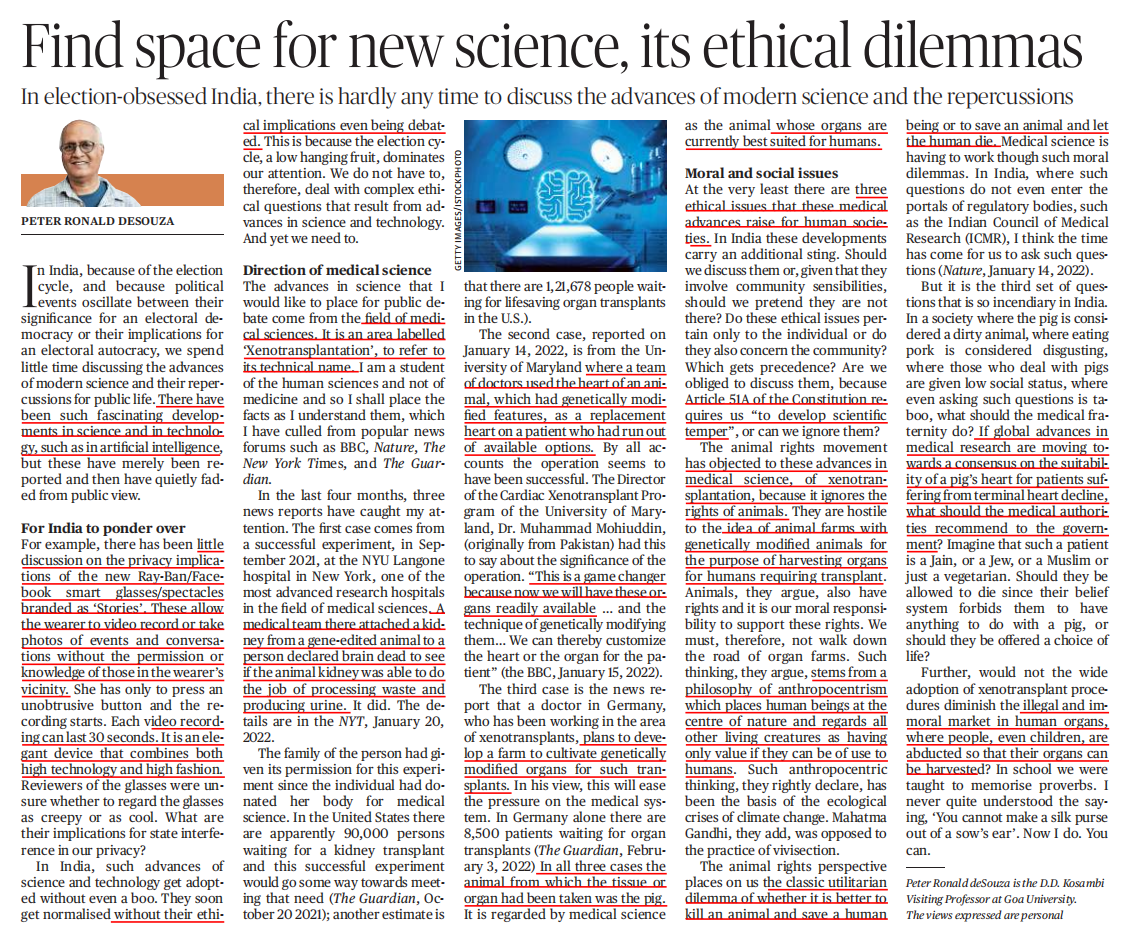 The article talks about the recent advances in science and technology and their ethical implications on society.

What does Xenotransplantation mean?

Art 51A of the Indian constitution talks about the scientific temper everyone should develop in order to boost debate and also to bring the ethical and legality of Xenotransplantation.