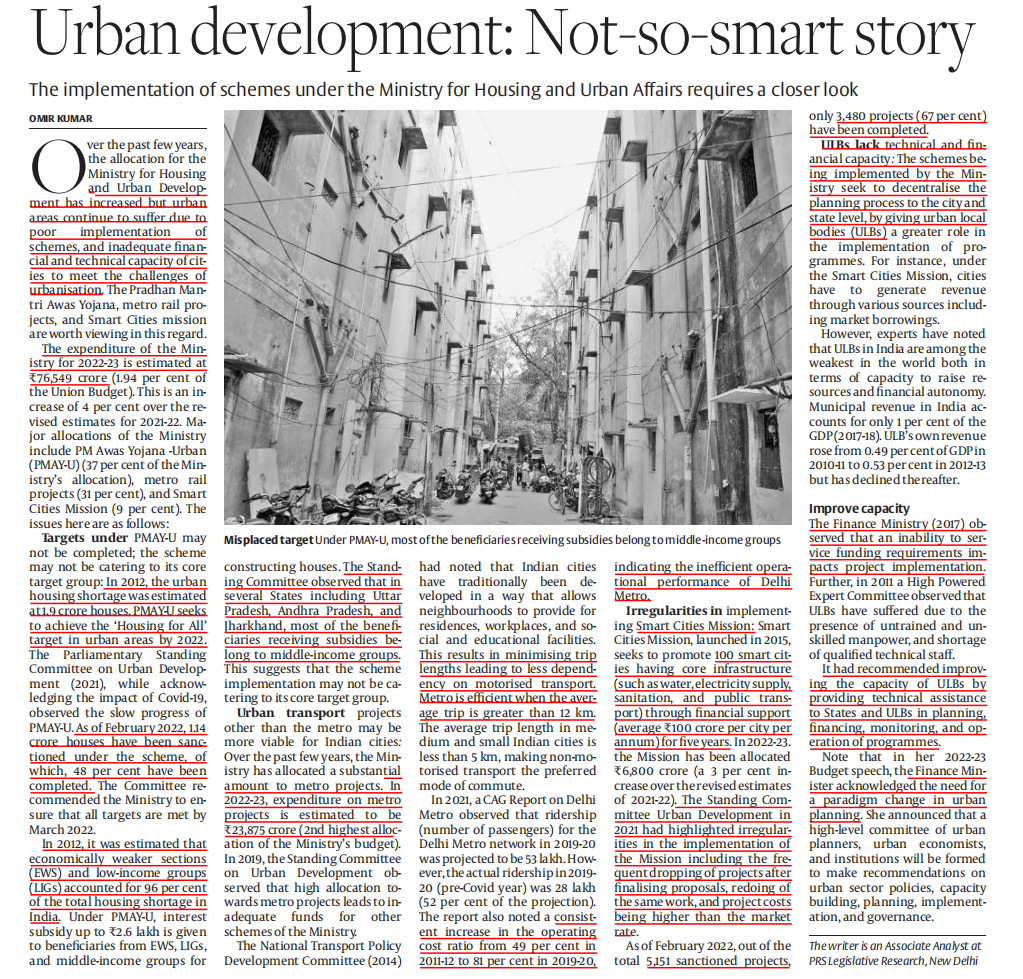 Finance Minister acknowledged the need for a paradigm change in urban planning. She announced that a high level committee of urban planners, economists, and institutions will be formed to make recommendations on urban sector policies, capacity building, planning, and governance.