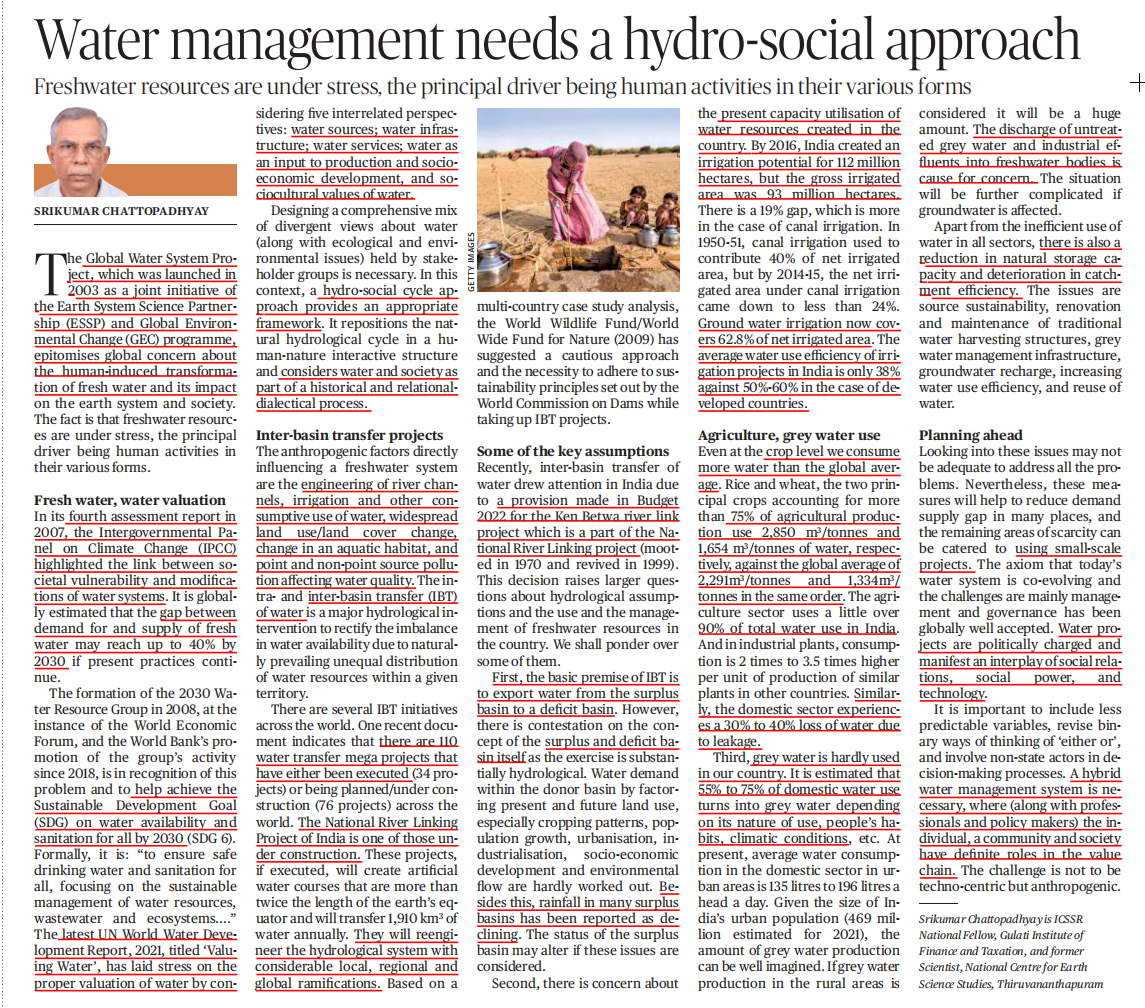 The Global Water System Project implies global concern about the human-induced transformation of fresh water and its impact on the earth system and society.

To combat these governments have introduced Inter-Basin transfer(IBT) of water to ensure freshwater supply to all. There are several IBT initiatives across the world. The National River Linking Project of India is one of those under construction. Recently, inter-basin transfer of water drew attention in India due to a provision made in Budget 2022 for the Ken Betwa river link project.

The issue that persists in IBT:

Proper measures are needed to be taken in order to ensure the SDG 6 and availability of water to all by 2030.