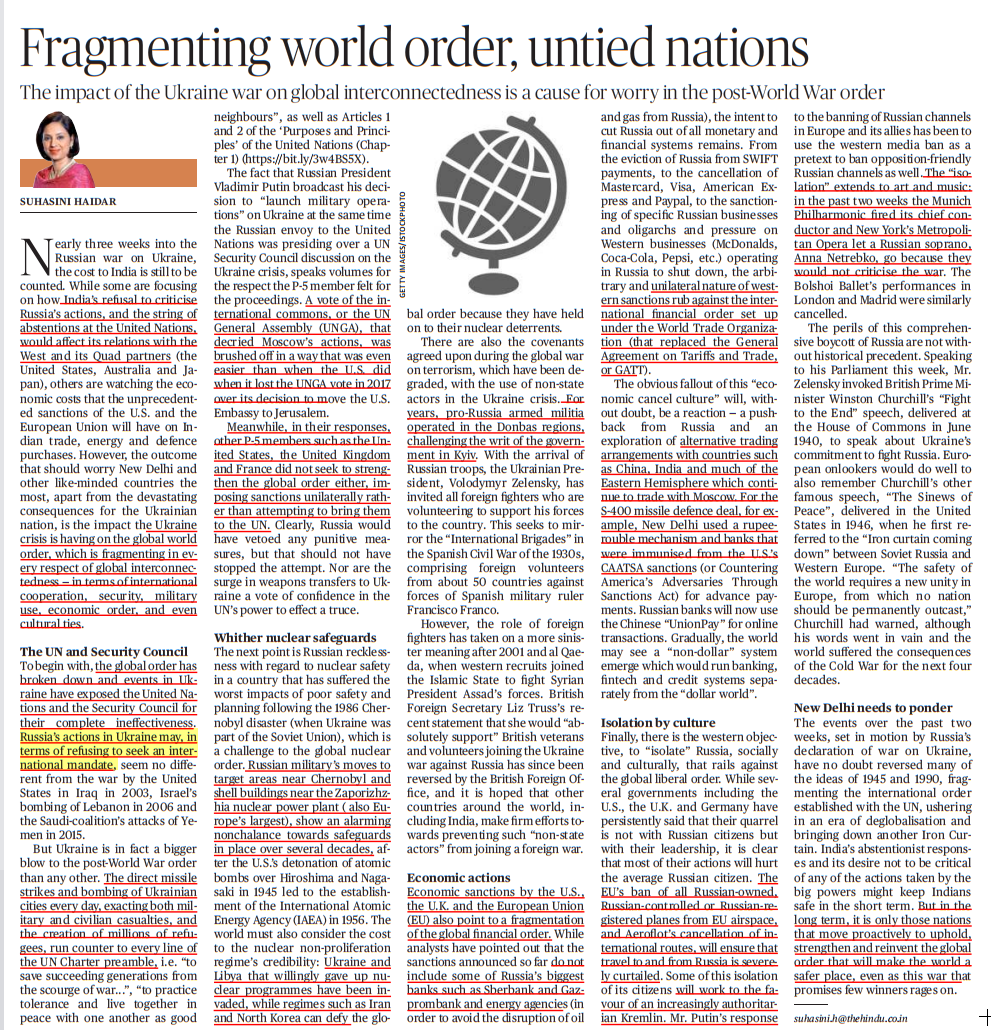 The article talks about the Ukraine war crisis on global world order i.e is fragmented in every aspect.