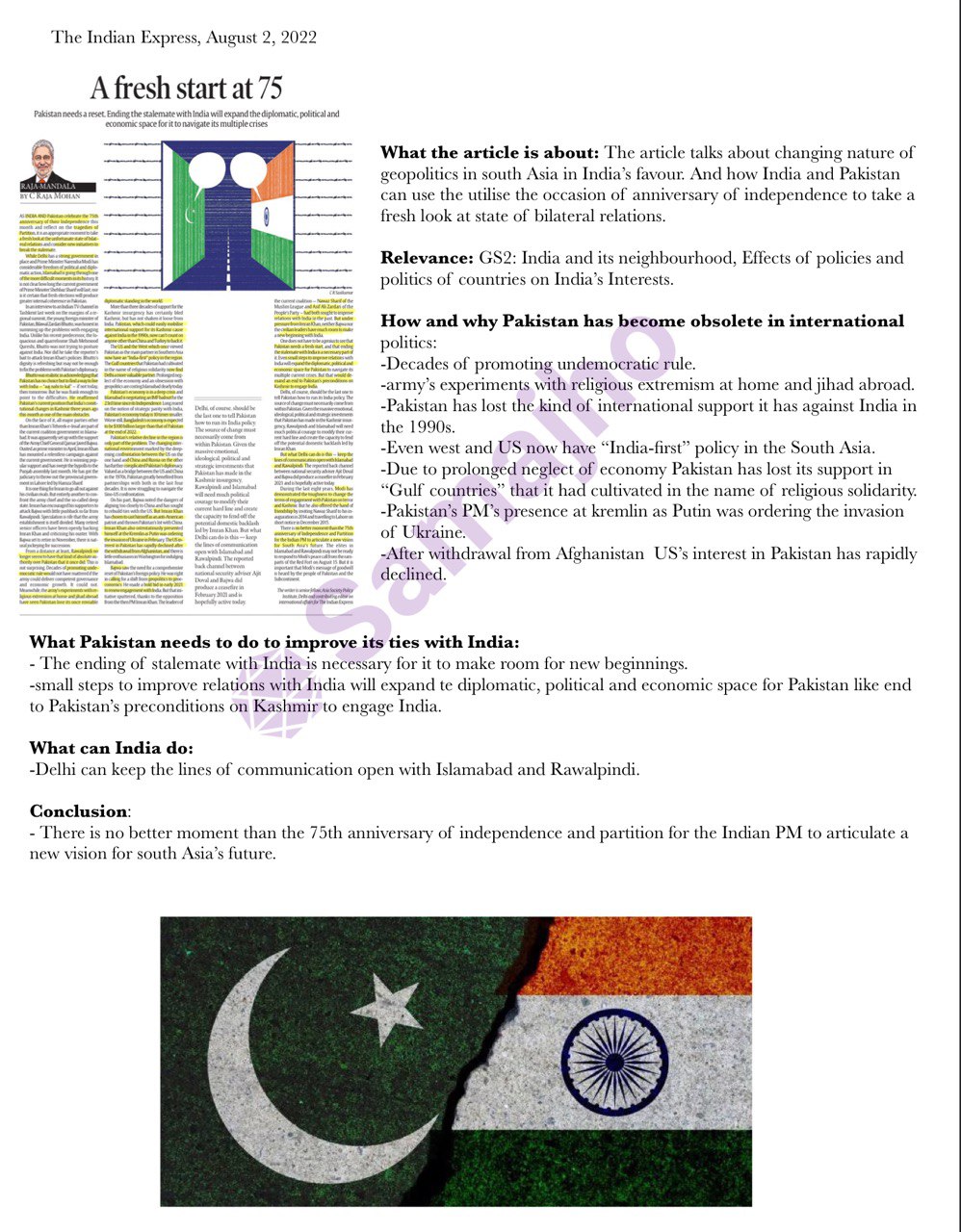 What the article is about:
Relevance:
How and why Pakistan has become obsolete in international politics:
What Pakistan needs to do to improve its ties with India:
What can India do:
Conclusion: