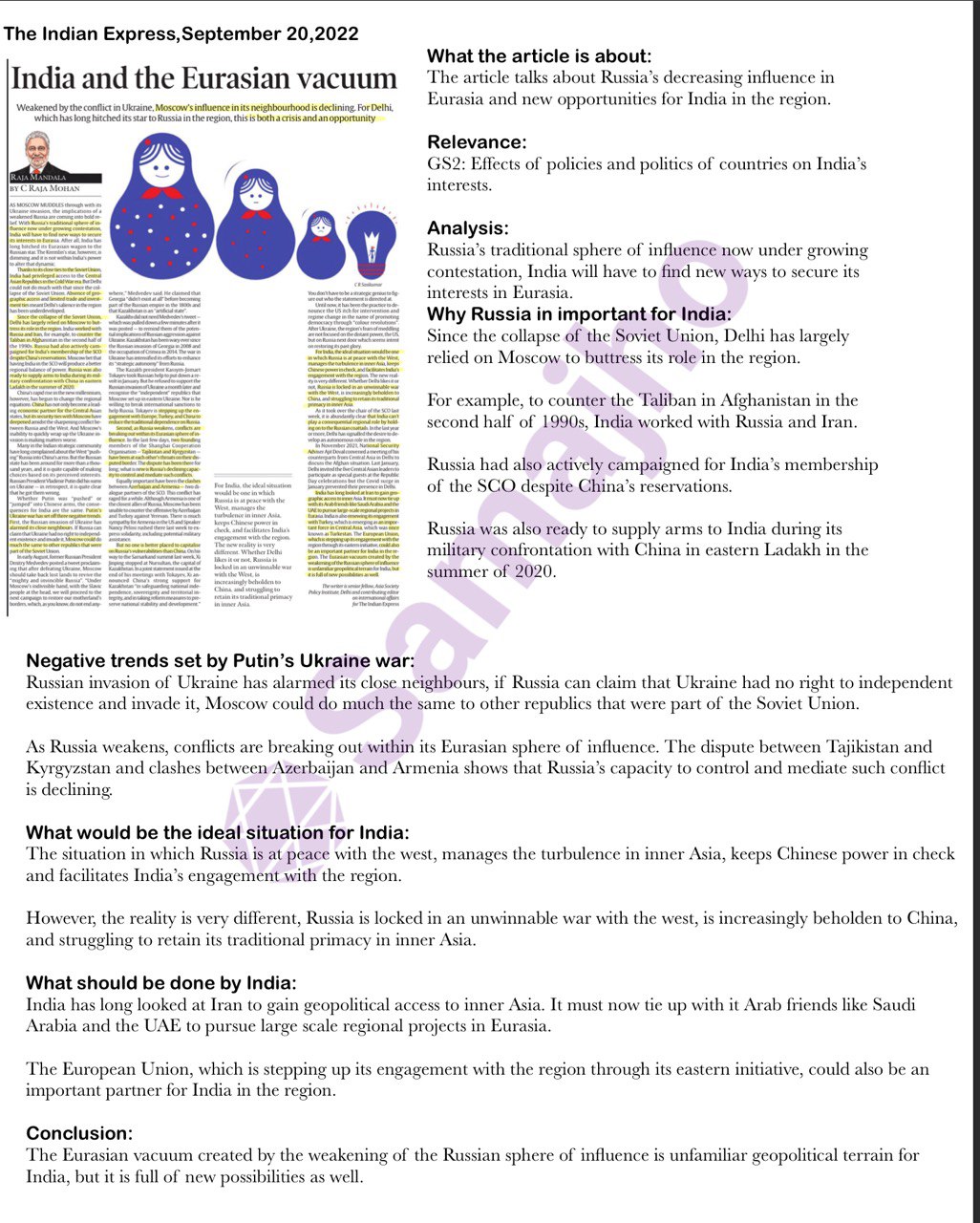 Why Russia in important for India:

What would be the ideal situation for India:

What should be done by India: