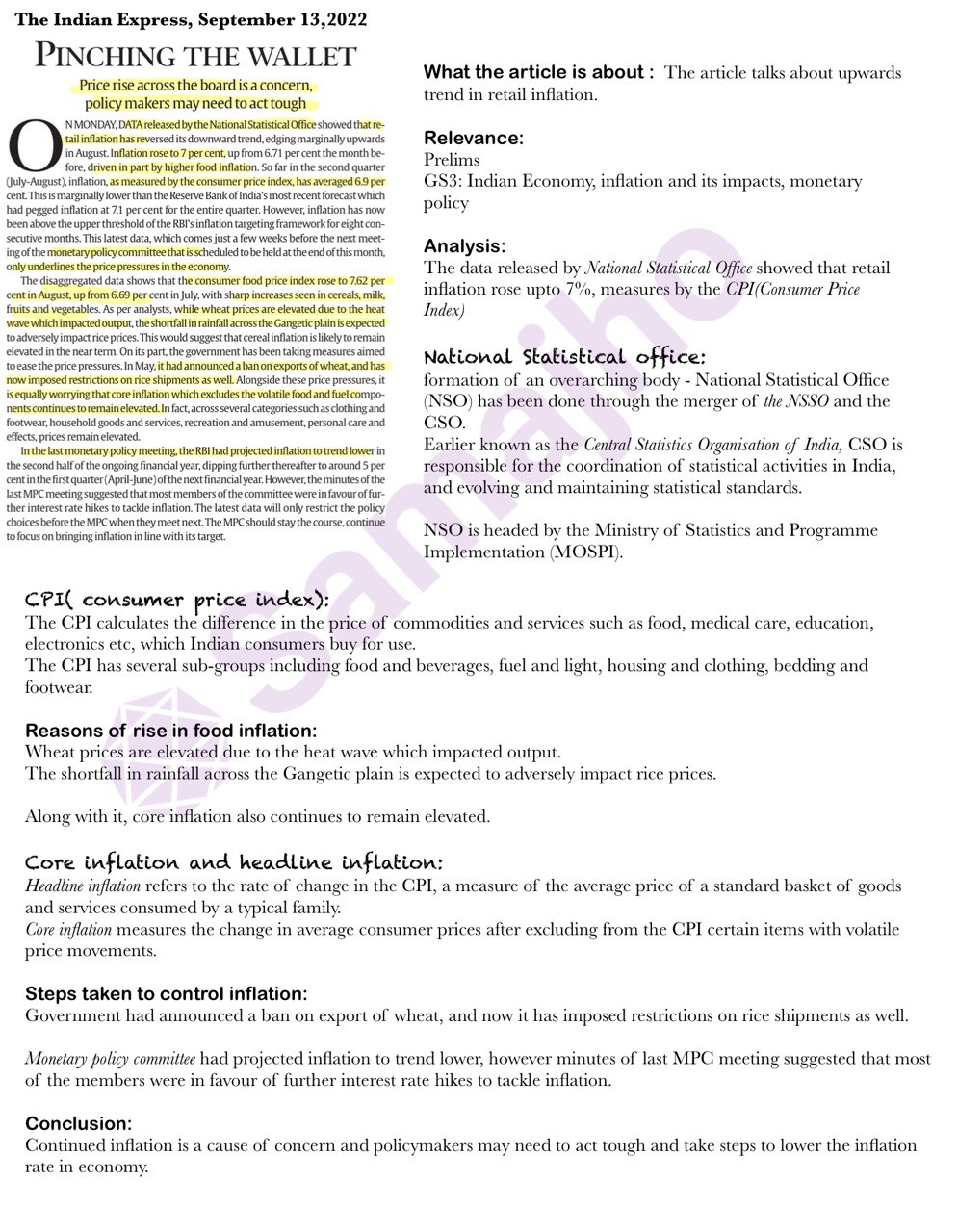 What the article is about :

Reasons of rise in food inflation: