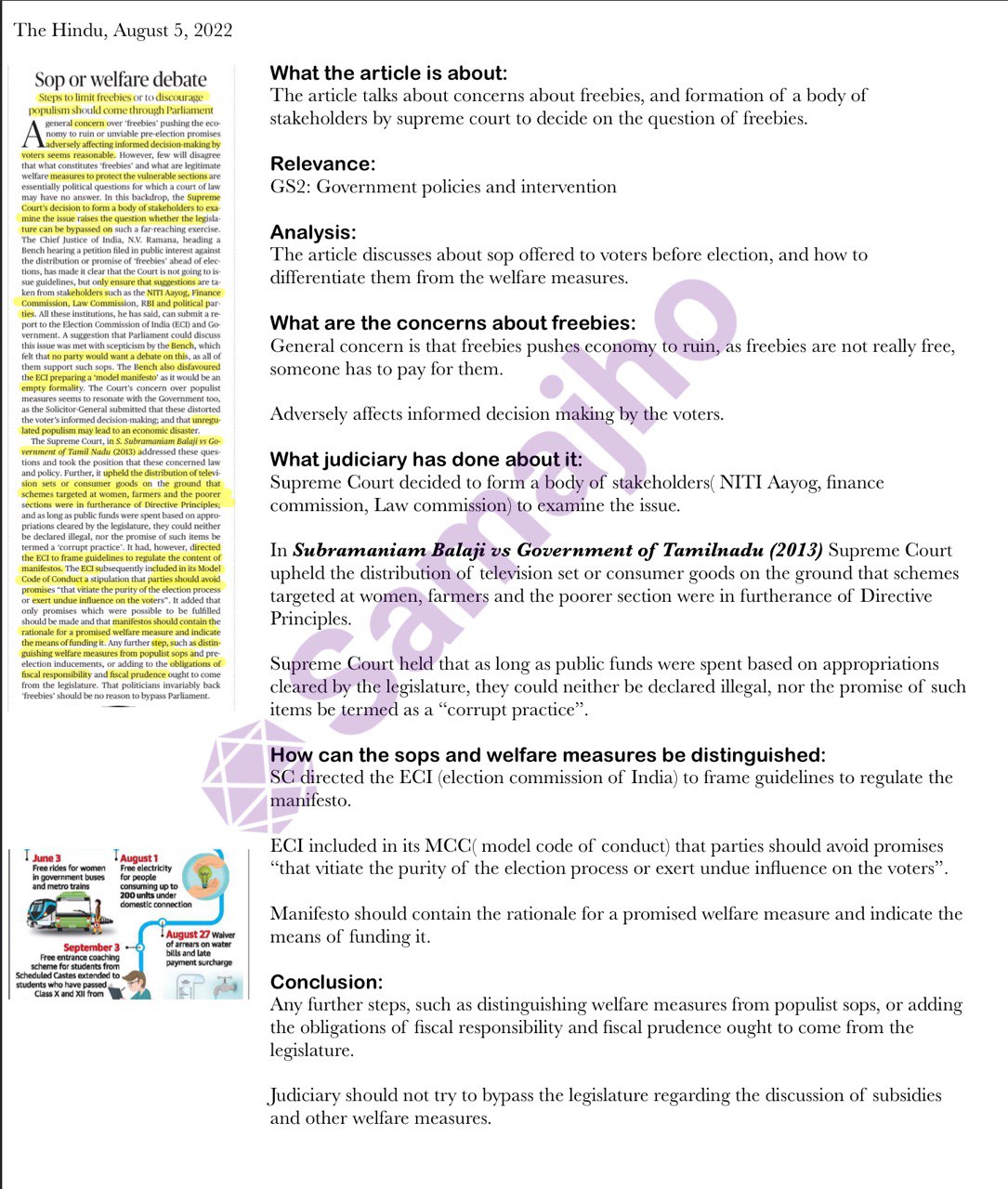 What the article is about:
Relevance:
Analysis:
What are the concerns about freebies:
What judiciary has done about it:
How can the sops and welfare measures be distinguished:
Conclusion: