Context: Recently, IMF published the 2nd edition of the World Economic Outlook in October 2020 after the 1st edition in April 2020. Both the reports focussed on the impact of the coronavirus-led global economic slowdown. According to the report, the global economy is climbing out from the depths to which it had plummeted during the Great Lockdown in April. But with the COVID-19 pandemic continuing to spread, many countries have slowed reopening and some are reinstating partial lockdowns to protect susceptible populations. While the recovery in China has been faster than expected, the global economy’s long ascent back to pre-pandemic levels of activity remains prone to setbacks.

“A Long and Difficult Ascent“ 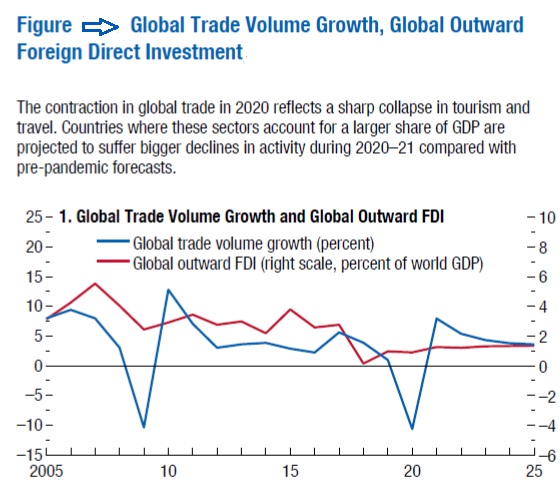 Fundamental uncertainty regarding the evolution of the pandemic makes it difficult to provide a quantitative assessment of the balance of risks.

The recession could turn out to be less severe than projected if economic normalization proceeds faster than currently expected in areas that have reopened, without rekindling infections.

Downside risks, however, remain significant. They include the following: 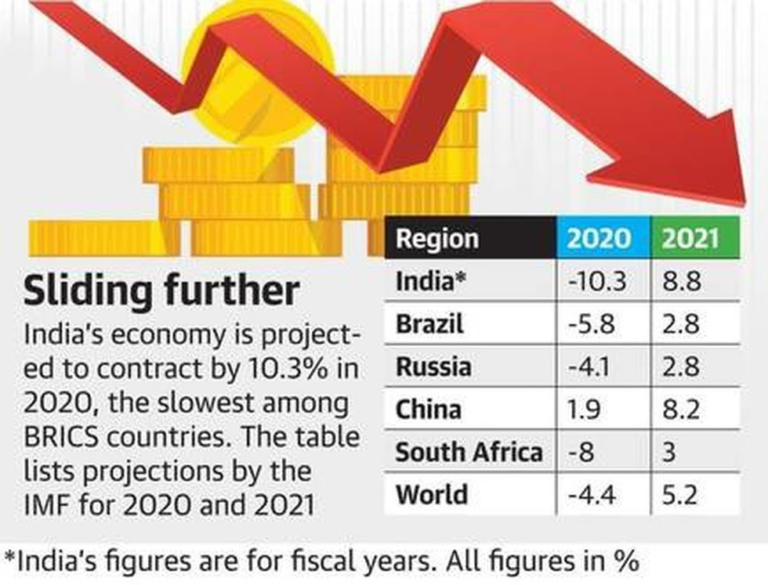 The IMF observed that the pandemic is set to widen inequality between economies and within nations. So, the IMF has urged greater international cooperation.

Besides combating the deep near-term recession, policymakers have to address complex challenges to place economies on a path of higher productivity growth while ensuring that gains are shared evenly and debt remains sustainable.