Agricultural Reforms in India and China: A Comparative Analysis


Context: The ongoing debate on India’s farm policies invites comparison with China whose agricultural output, investment in research and development concerning farming practices, and incentives to farmers are better. 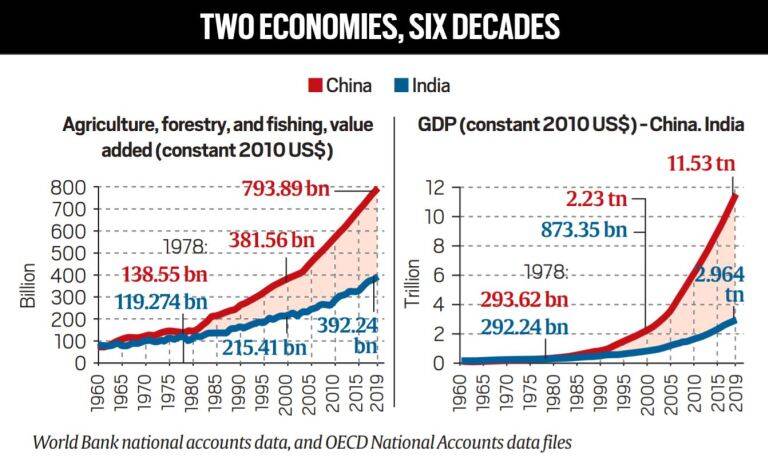 So what was the most important differentiating factor between the two strategies?