Relevance: Prelims- Current issues of national and international importance
Mains- GS-2 and GS-3;  Government policies and interventions for development in various sectors and issues arising from their design and implementation;   Changes in industrial policy and their effects on industrial growth 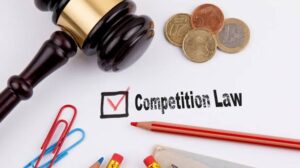 Parties should not go ahead with a combination prior to its approval. If the combining parties close a notified transaction before the approval or have consummated a reportable transaction without bringing it to the Commission’s knowledge, it is seen as gun-jumping. The penalty for gun-jumping was a total of 1% of the asset or turnover. This is now proposed to be 1% of the deal value

What challenges do combining parties face in open market purchases?

Heatwaves and Droughts in Europe and other Temperate Regions