Context: The National Credit Framework (NCrF) is a well-thought-out move of the Central government toward enhancing the employability of our students from their school days. It is in sync with the new National Education Policy-2020 (NEP-2020), which focuses on creating and facilitating a holistic and multi-disciplinary learning mechanism right from the primary to the tertiary level.

State of School Education in India:

The Indian School Education System is one of the largest in the world with more than 15 lakh schools, nearly 97 lakh teachers, and more than 25 crore students from varied socioeconomic backgrounds.

The schemes initiated by the Department of School Education and Literacy(DoSEL) along with the implementation of the Right of Children to Free and Compulsory Education Act have significantly improved accessibility. As a logical next step, the focus has shifted from access to quality education. DoSEL, therefore, has designed the Performance Grading Index (PGI) to catalyze transformational change in the field of school education.

Summary of the Findings: 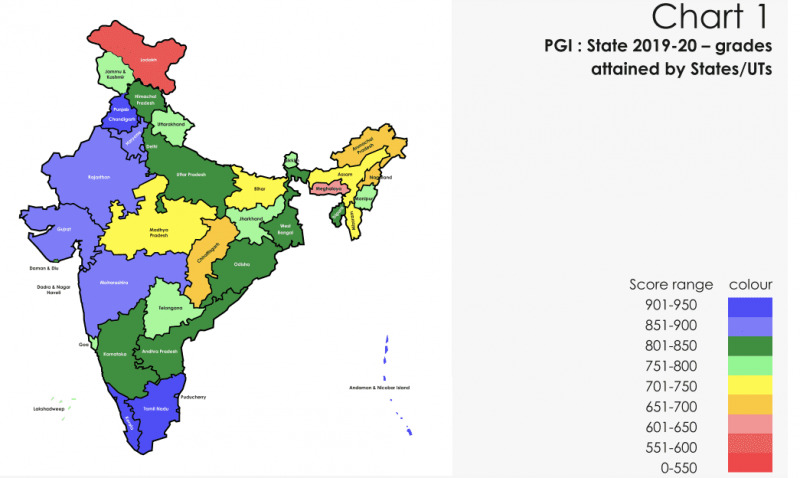 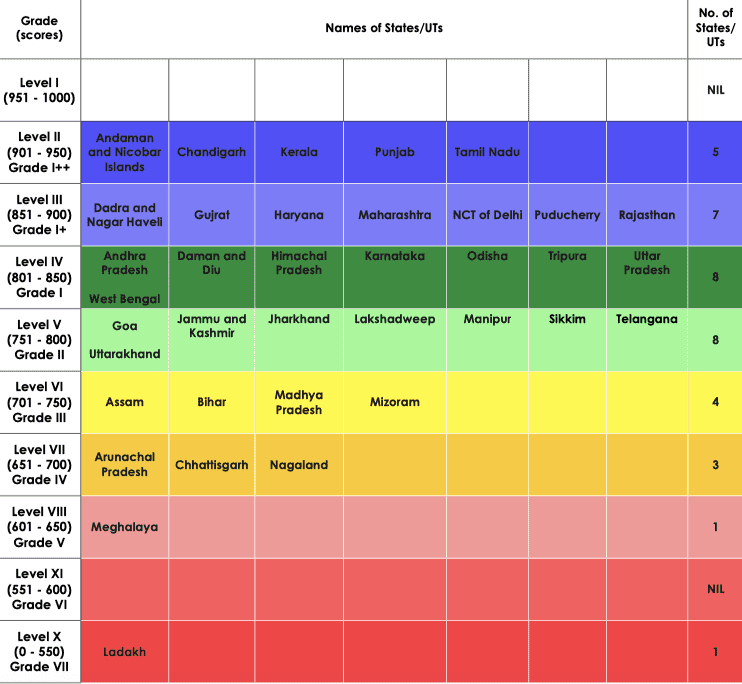 Main Reasons for the Shortcomings in Performance:

Impact of Covid-19 on Education in India:

Key findings- the impact of Covid- 19 Pandemic as per ASER(Annual State of Education Report) by Pratham:

Thus, Covid-19 has shown the extent to which the Indian system of education exploits inequalities. Thus, there is a need for renewed commitments to the synergy between the private and public education sectors. In this context, there is a need to make education a common good and digital innovation can help in achieving this feat. 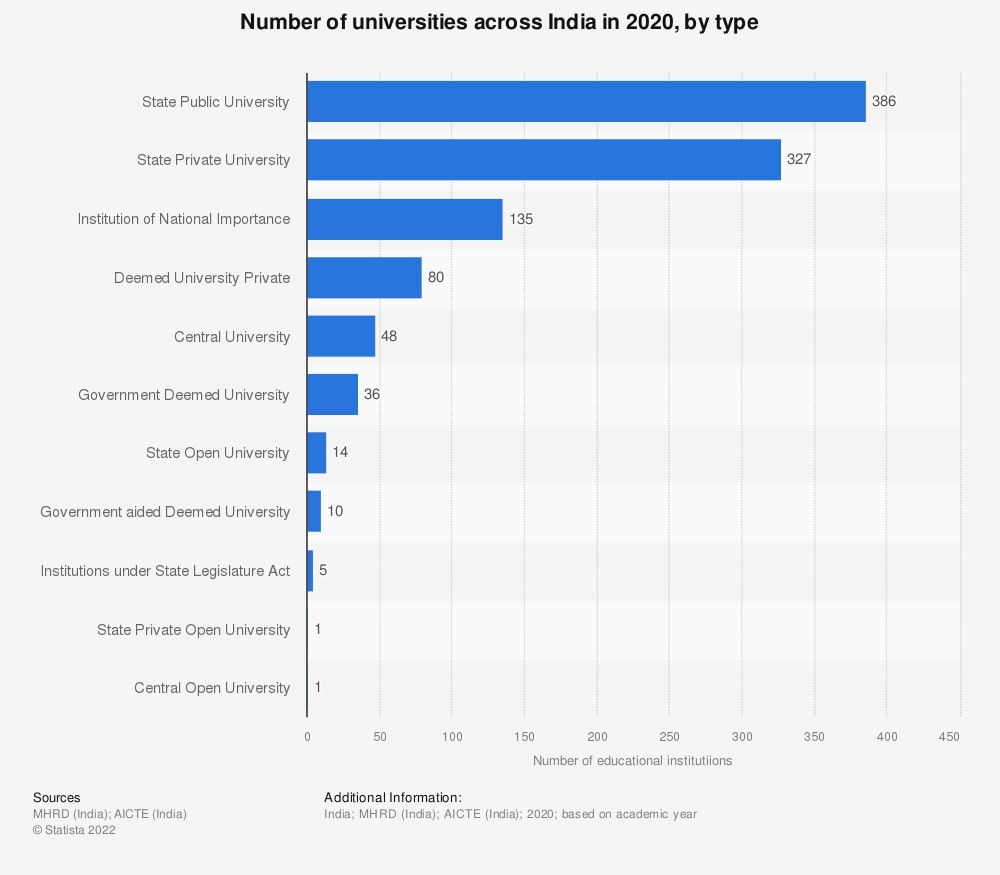 Challenges to Higher education In India: