Relevance:- GS I- History of the world, significant events from 18th century onwards.

Developments Towards World War I

'The most important thing about the First World War is that it was unsought, un-intended and the product of a long sequence of events which began in 1871'- David Thomson (Europe Since Napoleon).

The First World War is one of the most significant events in the history of the world. More important than the military significance of the war were its social, political, economic, and diplomatic consequences. The international situation in Europe for a little over two decades before the war was one of 'armed peace'.

Causes for World War I

It is difficult to analyse why the assassination in Sarajevo developed into a world war. Some historians blame Austria for being the first aggressor by declaring war on Serbia; while some others blame the Russians because they were the first to order full mobilization; some blame Germany for supporting Austria, and others blame the British for not making it clear that they would support France. If the Germans had known this, so the argument goes, they would not have declared war on France, and the fighting could have been restricted to eastern Europe.

Causes of World War I are examined here- 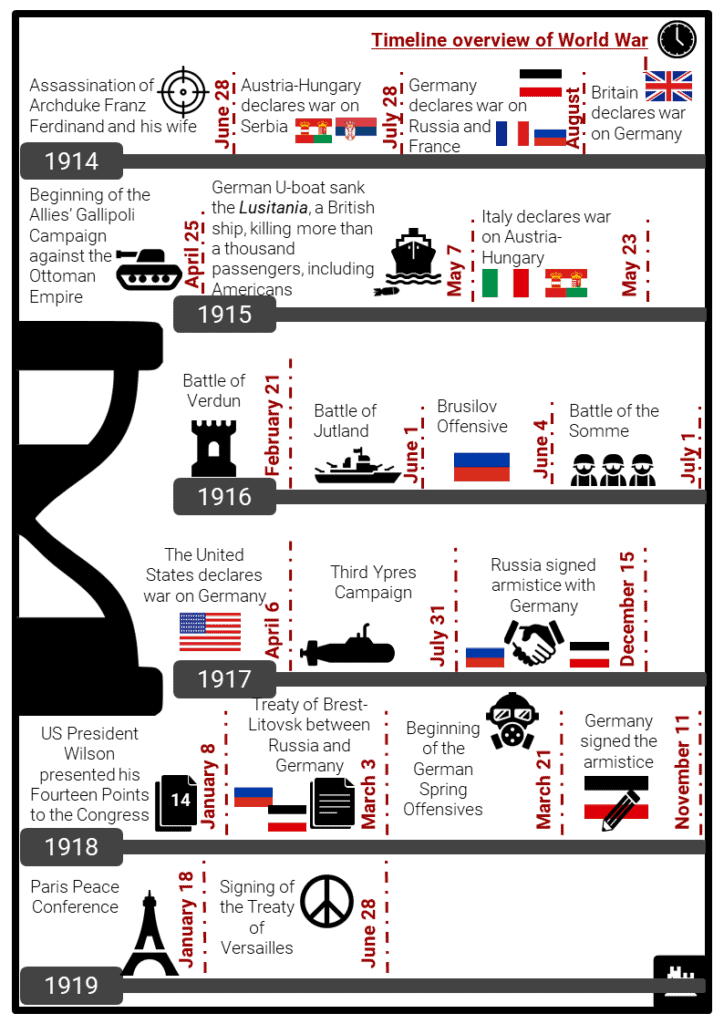 Major Events of World War I

Why did the Central Powers lose the war?

The reasons can be briefly summarized:

The combination of military defeat and dire food shortages produced a great war-weariness, leading to mutiny in the navy, destruction of morale in the army and revolution at home.

Consequences of World War I

Economic impact: The direct expenditure on the war was 1,000 million rupees, but it is difficult to estimate the indirect loss of people and property.

Please Share with maximum friends to support the Initiative.
SELF PREPARATION WORLD HISTORY