How to increase Industrial productivity for Economic Development?


Context: In the wake of this pandemic, industries and businesses worldwide have been hurt. The global economy hasn’t been in a great shape of late and is hampering manufacturing activity back home. India needs to make industrial production efficient and increase labour productivity to compete with global powers if the dream of self-reliant India is to be realized.

What is productivity and why does it matter?

India has an incomes crisis: Incomes of people in the lower half of the pyramid are too low.

The solutions economists propose are:

Free up for markets

Improvement of ‘productivity’ is the key to economic progress 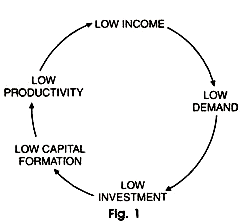 Reduction of Population on Land:

How it can be done?