What is Hornbill Festival?

Highlights of the 23rd edition? 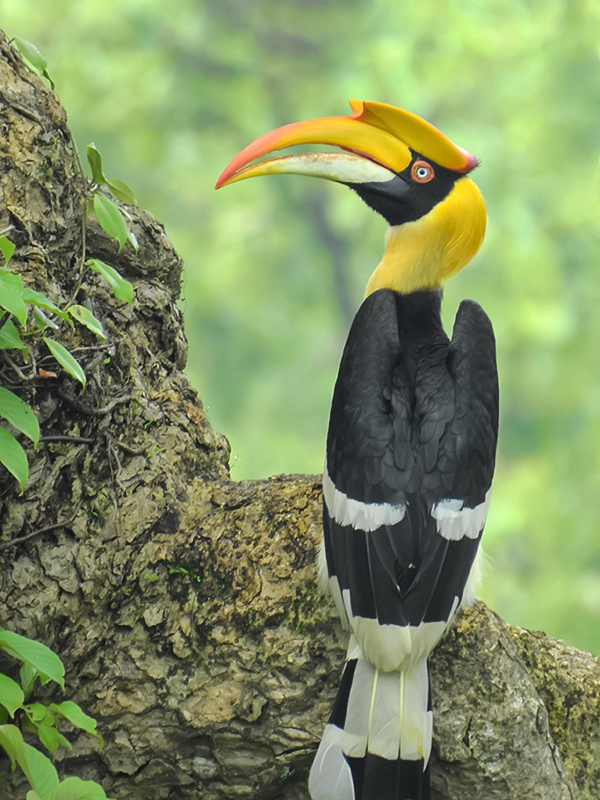 Why is it news?

What is Dhanu Yatra?

What is Losar festival?

Where is Losar Festival is celebrated in India? 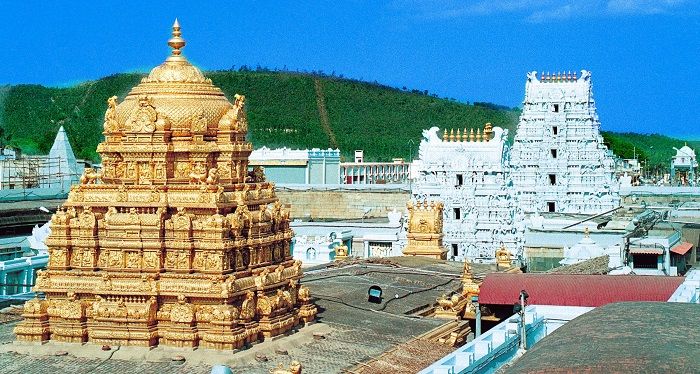 History & Legends Associated with the Temple:

What is Kumbhalgarh Fort? 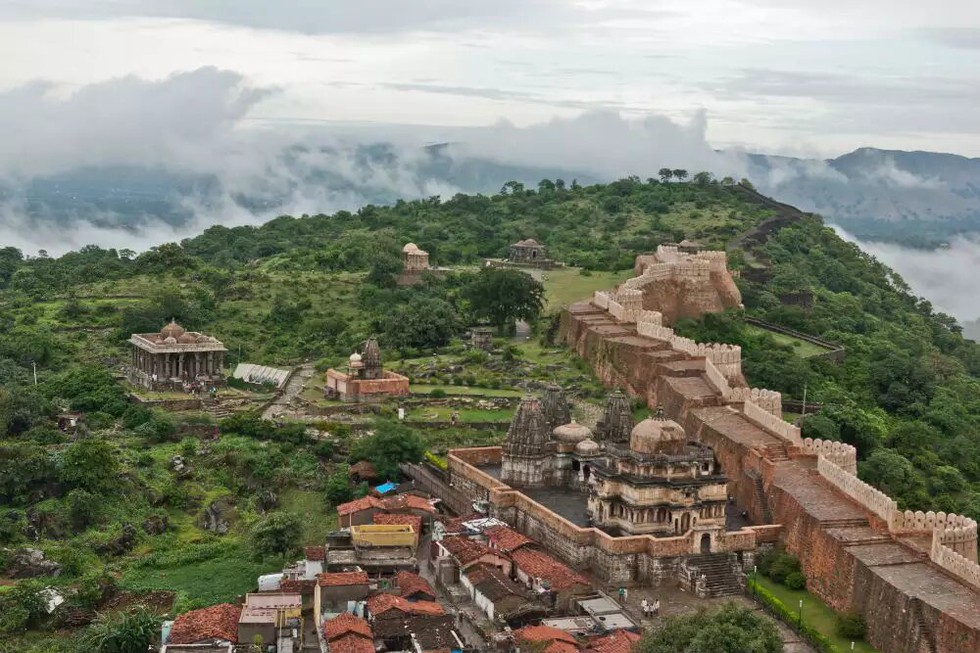 What is Thousand Pillars Temple? 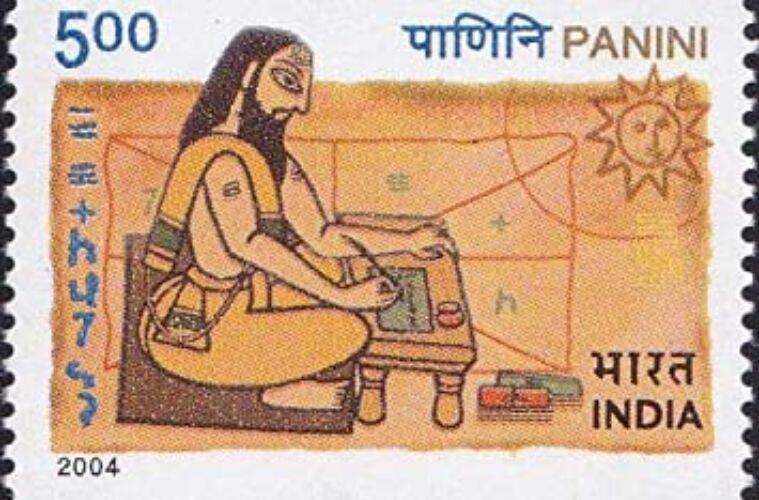 What exactly was the problem?

What is UN’s list of Intangible Cultural Heritage (ICH)?

What are the criteria for the selection?

What are India’s intangible cultural symbols on the UNESCO list?

Who manages nominations to the UNESCO list in India?

What is Divya Kala Mela?

What is Veer Baal Diwas?

Why 26th December was chosen?

Who was Guru Gobind Singh?

What is the Tentative list of UNESCO World Heritage Sites?

About Rock-cut Sculptures of Unakoti: 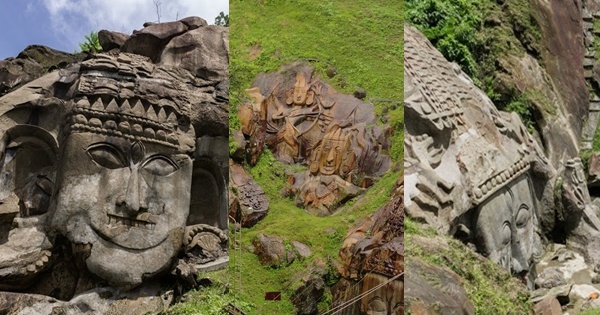 What are Zonal Cultural Centers (ZCCs):

What is the Battle of Wandiwash?

Results of the war:

Who was Dr Rajendra Prasad:

Highlights of his life:

Who was Muhammad Iqbal?

Where is Ahmednagar city located?

Who was Ahilyabai Holkar?

What is Bomb Cyclone? 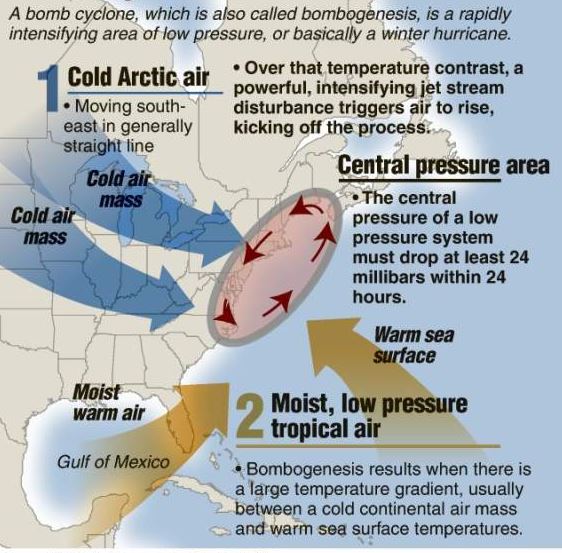 Do all bomb cyclones forms in the winter?

What are Erra Matti Dibbalu? 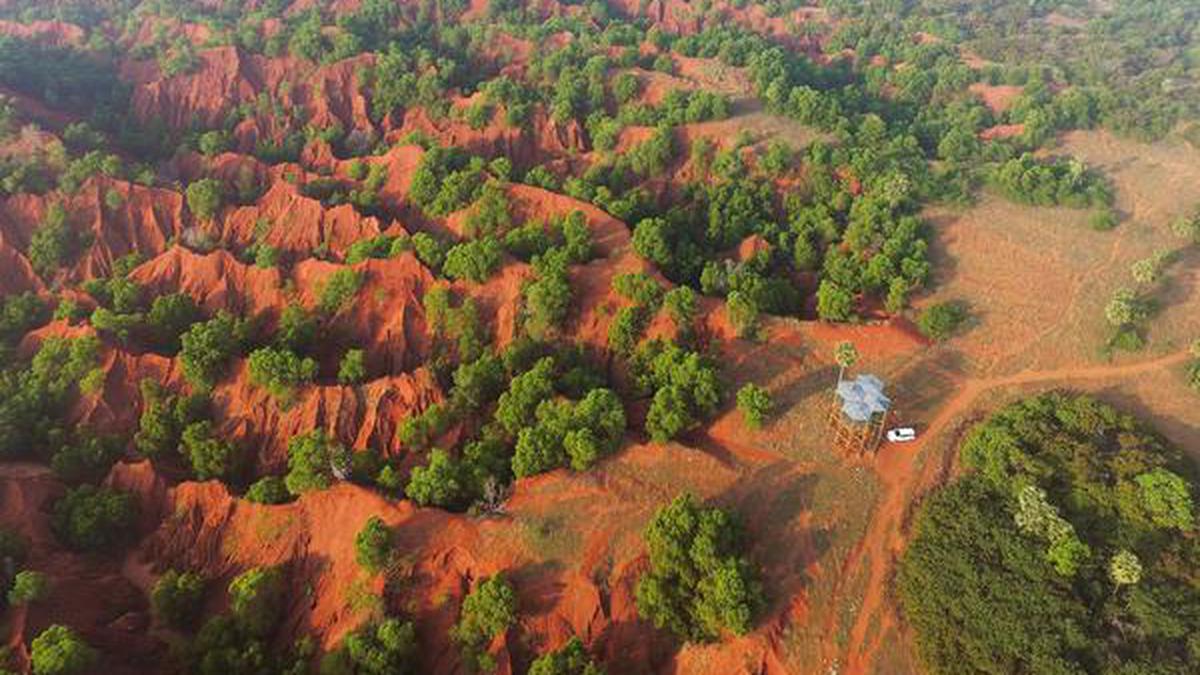 Why are they important?

What are Great Lakes?

Some facts regarding Great Lakes:

What is meant by acidification of the water body (lake or ocean)?

What is National Waterway 16?

What are the components or verticals of eSanjeevani?

What is Maternal Mortality Ratio (MMR)?

What are recent developments?

Which measures did government adopt to reduce MMR?

Which agencies are responsible for its implementation?

What is Adoption Awareness Month?

What did HC say about it:

What is National Commission for Protection of Child Rights (NCPCR)? 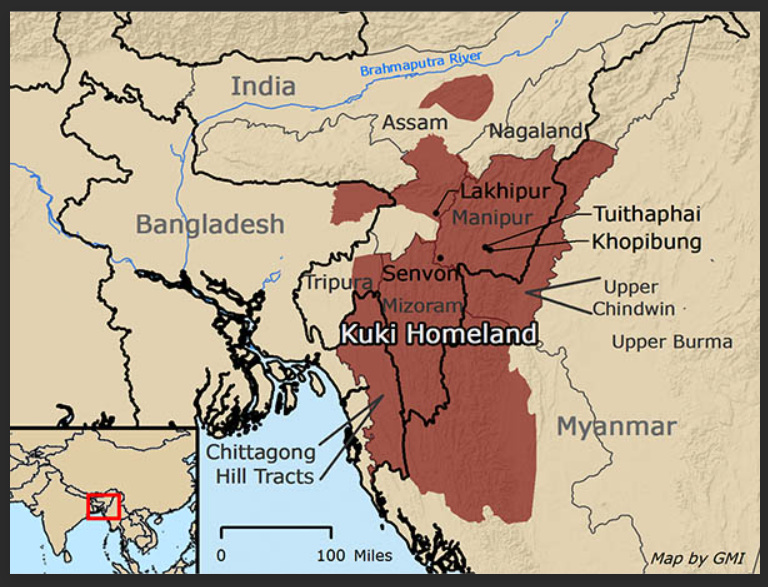 Who are Kuki-Chin tribes?

Who are Kuki people?

What is Scheme for Providing Education to Madrasas/ Minorities (SPEMM)?

Other Indian and Global Initiatives:

What is Social Progress Index (SPI)?

What is Atal Innovation Mission (AIM)?

Context: e-gram swaraj and AuditOnline of the Ministry of Panchayati Raj have won the GOLD AWARD under the category “Excellence in Government Process Re-engineering for Digital Transformation” of the National Awards for e-Governance.

Context: The Aam Aadmi Party(AAP) has got 5 seats in Gujarat but its vote share was close to 13%, which meant it is on track to be recognized as a national party by the Election Commission of India (ECI).

Context: The state Assembly polls in Himachal Pradesh and Gujarat have concluded. As with all elections, while there will be candidates who will rake in huge victory margins, there will also be contestants who will lose their Security Deposit.

Context: Recently, the 25th Eastern Zonal Council meeting was held in Kolkata which was presided over by the Home Minister.

Functions of the Council:

Context: Rule 267 of the Rajya Sabha rulebook, which allows for the suspension of a day’s business to debate the issue suggested by a Member, has become a bone of contention in the Upper House.

Context: Recently, the Election Commission of India said that it has begun the process of delimitation of Assembly and Parliamentary constituencies in Assam.

Context: In the Supreme Court, the Central government informed that it had taken a decision to not accept Justice Ranganath Mishra Commission's report.

Who is included in the Constitution Order of 1950?

Context: The State of Punjab has furthered the cause of the right to life and personal liberty of prisoners by allowing conjugal visits for inmates.

Context: The Delhi High Court has passed an interim order to prevent the unlawful use of Bollywood star Amitabh Bachchan’s name, image, and voice. The court through its order restrained persons at large from infringing the personality rights of the actor.

Does the use of a name on the internet affect personality rights?

Right to vote for undertrials 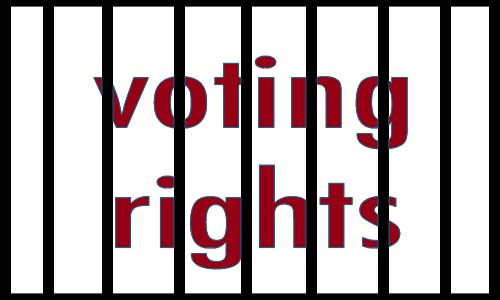 Context: Supreme Court (SC) has decided to examine the law depriving under trials the right to vote.

Context: After the Allahabad High Court ordered the Uttar Pradesh government to hold urban local body elections without reservation for OBCs because the ‘triple test’ requirement for the quota had not been fulfilled, the state recently set up a commission for this purpose.

Context: The Governors of various Opposition-ruled States take advantage of Article 200 of the Indian Constitution.

Context: Global efforts to bring India on board the Just Energy Transition Partnership (JETP) with G7 nations have failed to move forward.

India holds the Presidency of UNSC for December 2022 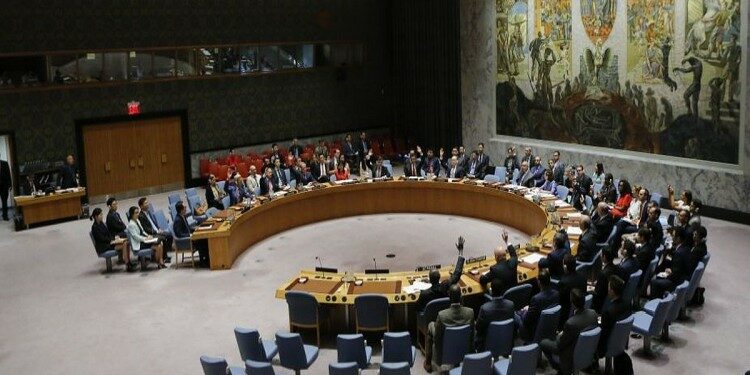 Context: The Ministry of External Affairs (MEA) in partnership with the Indian Council of Cultural Relations (ICCR) and the Government of Goa is organizing the International Lusophone Festival in Goa.

Context: India has launched the ‘Group of Friends’ to promote accountability for crimes against peacekeepers.

Context: India has abstained from the U.N. Economic and Social Council on a draft resolution to oust Iran from its principal global intergovernmental body (Commission on the Status of Women) dedicated to the promotion of gender equality and women empowerment.

About the Commission on the Status of Women (CSW) :

Context: Paris Club creditor nations are proposing a 10-year moratorium on Sri Lankan debt and another 15 years of debt restructuring as a formula to resolve the Sri Lankan debt crisis.

Context: Urban-20 (U20) event being organized under the G20 presidency of India.

Context: Recently, the Ministry of Statistics and Programme Implementation (MoSPI) released India’s economic growth data for the second quarter of the current financial year (2022-23 or FY23).

About GDP and GVA:

Context: A survey shows emotional labor falls to women in the workplace and at home more than men. 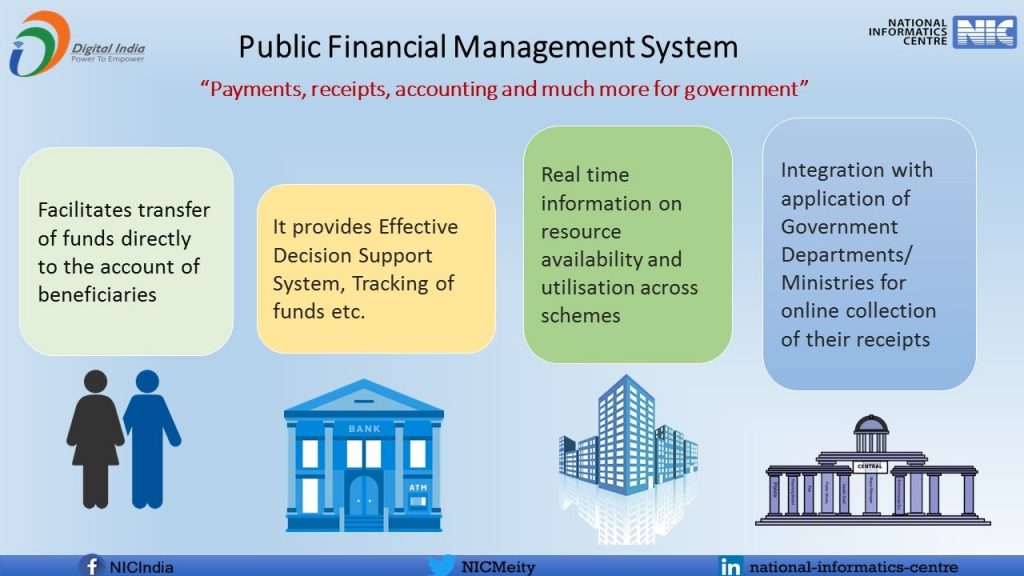 Context: The Public Accounts Committee (PAC), in its report, found that the tasks related to the implementation of the PFMS appeared to have been dealt with with a casual approach and there was no proper financial planning.

Context: The Minister of State in the Ministry of Commerce and Industry recently said that 656 Startups are Supported by Approved Incubators under Startup India Seed Fund Scheme (SISFS).

Context: Latest World Trade Organization (WTO) Goods Trade Barometer hints toward slowing of trade growth in the rest of 2022 and into 2023. 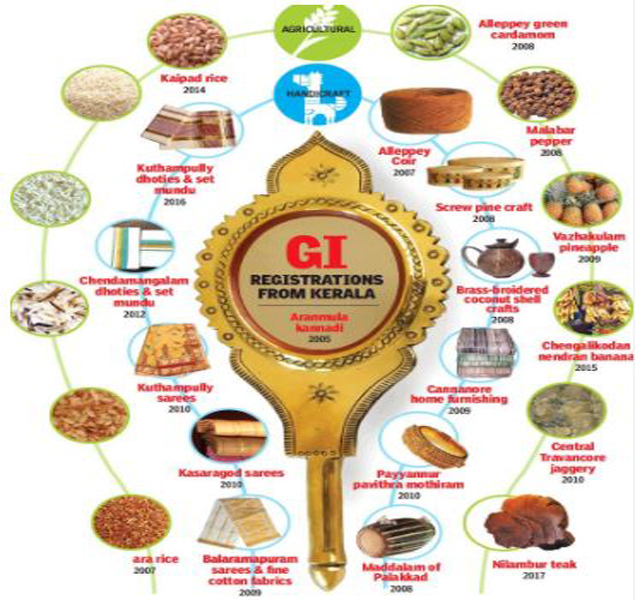 Context: The Tandur red gram of Telangana has got geographical indication (GI) tag. With this, the total number of GI registrations in the country has reached 432.

Context: Ministry of Power has announced a Scheme for the Procurement of Aggregate Power of 4500 MW on a competitive basis for five years on a Finance, Own, and Operate (FOO) basis under B (v) of SHAKTI Policy.

Context: In efforts to boost international air traffic, the civil aviation ministry has allowed Indian airlines to take wide-body planes on wet leases for up to one year. 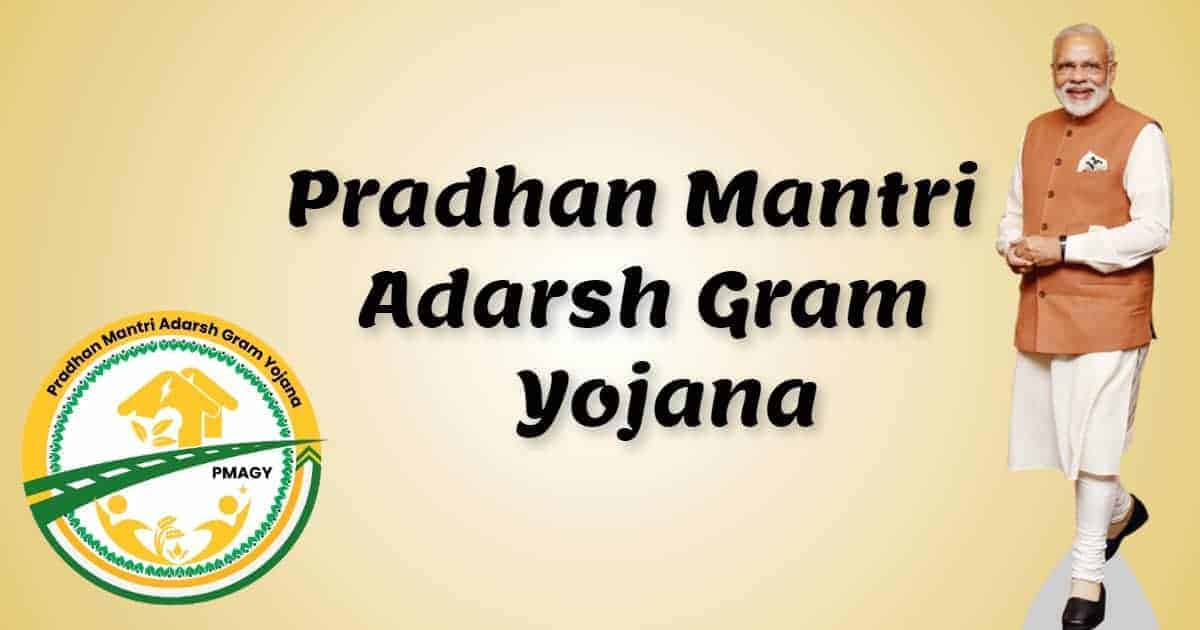 Context: Ministry of Railways has formulated a new policy for the modernization of stations named the “Amrit Bharat Station” scheme.