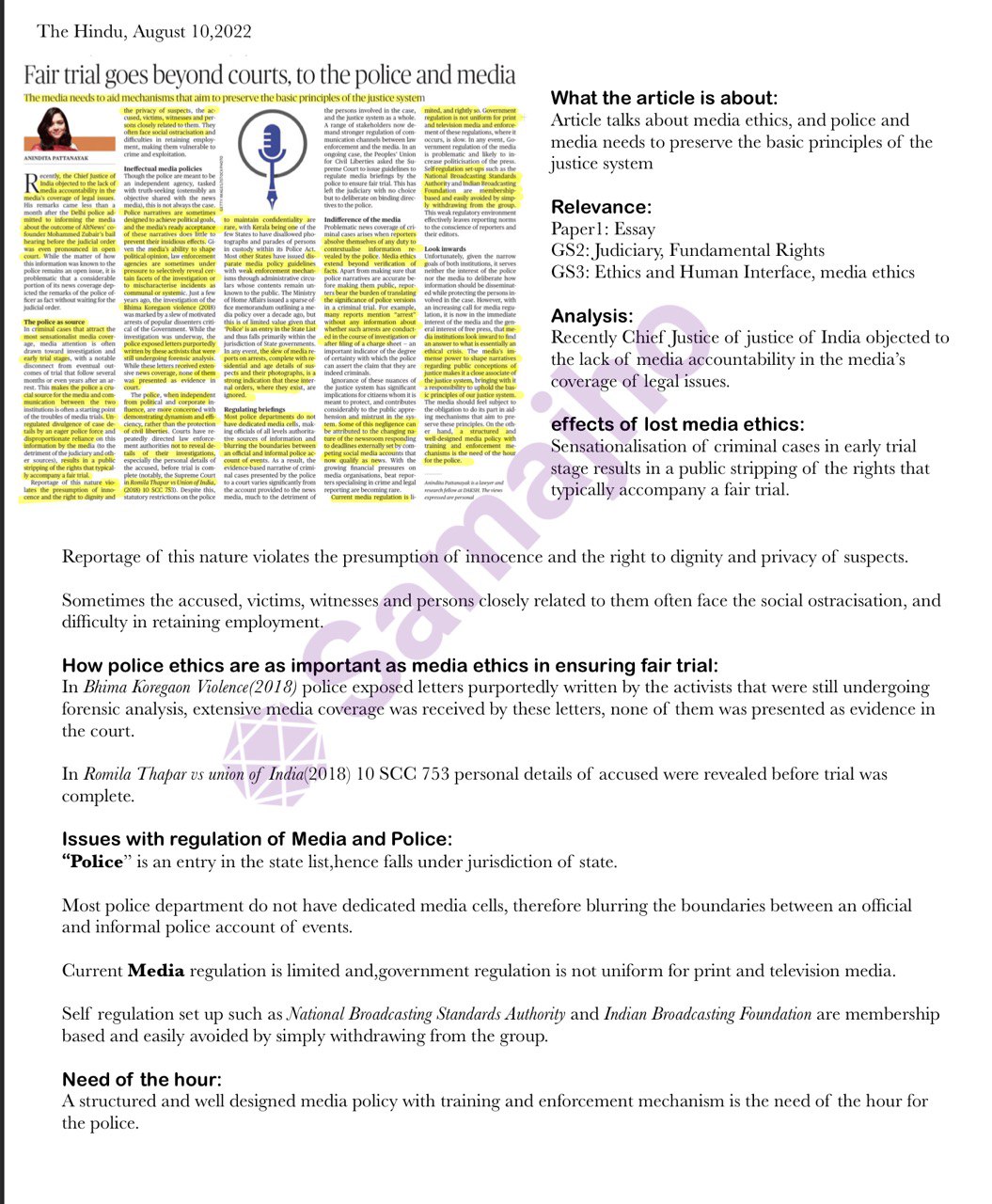 What the article is about:
Relevance:
Analysis:
effects of lost media ethics:
How police ethics are as important as media ethics in ensuring fair trial:
Issues with regulation of Media and Police:
Need of the hour: