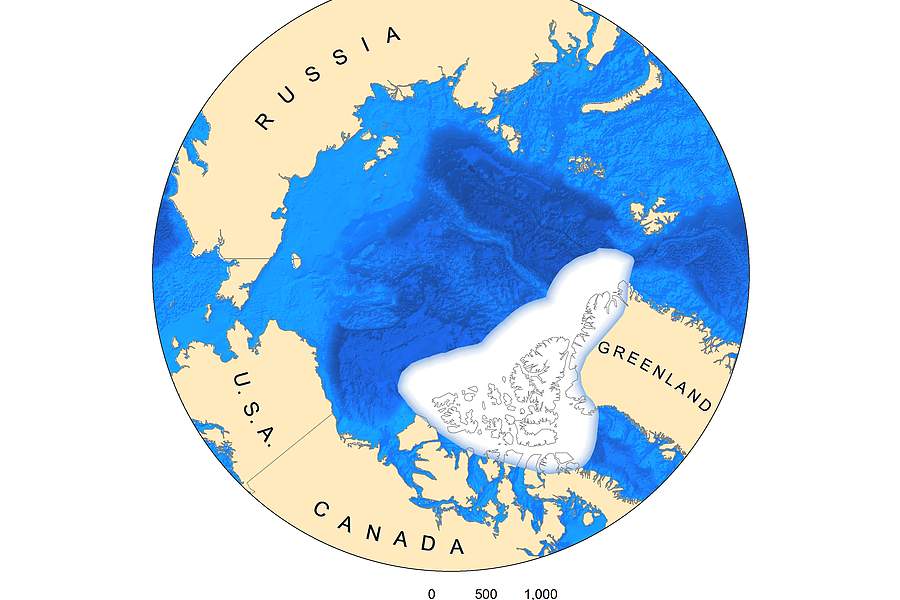 This map shows the extent of summer sea ice projected for 2040 and beyond, as viewed from the north pole.