This edition of Yojana reflected upon the trials and tribulations over these 75years and the road ahead towards being an economic powerhouse with robust infrastructure leading to a 5 trillion dollar economy.

Quote: There is something unique in this soil, which despite many obstacles has always remained the abode of great souls. – Sardar Vallabhbhai Patel.

India was built on a strong ethos and values system which is evident from the ancient culture that teaches us to live in harmony with nature. India was also known as Vishwa guru to again achieve this status we should:

Quote: Democracy is not the law of majority but the protection of minority – Albert Camus.

Conclusion: India needs dedicated, selfless and honest rulers/administrators in order to see real democracy and promote good governance. All the citizens of our country should always remember that India is a Nation of “Unity in Diversity”. We all should always unitedly uphold the value of Democracy, Polity, and Governance.

Quote: We are a forward-looking civilization and vibrant democracy that looks to interact with other countries to build a better world – PM Modi.

The National Educational Policy aims to create a new system that is aligned with the global aspirational goals of 21st-century education by remaining consistent with Indian traditions and values. It will enable students to

Hence by laying focus on education and increasing the funding by the government ensure that by 2022, New India will provide a strong foundation for an education system based upon the principles of accessibility, equity, quality, affordability, and accountability. This will give India again, the Vishwaguru status.

The Indian space program has come a long way in the 57 years since its inception. From a fledgling Sounding Rocket Launch Facility established in the early 1960s in Thumba near Trivandrum, it has matured into a giant world-class space power.

Today,  India has a  fleet of advanced remote sensing satellites equipped with high resolution and multispectral cameras dedicated to the themes of cartography,  resource survey, and ocean and atmospheric applications. That is advancement in launch vehicles, expanding the scope of space missions by Isro.

Launch Vehicles by ISRO
ISRO has developed five launch vehicles(SLV-3, ASLV, PSLV, GSLV, and GSLV Mk III which is also known as LMV3) and mastered the technology of rockets that use solid, liquid as well as cryogenic propellants. 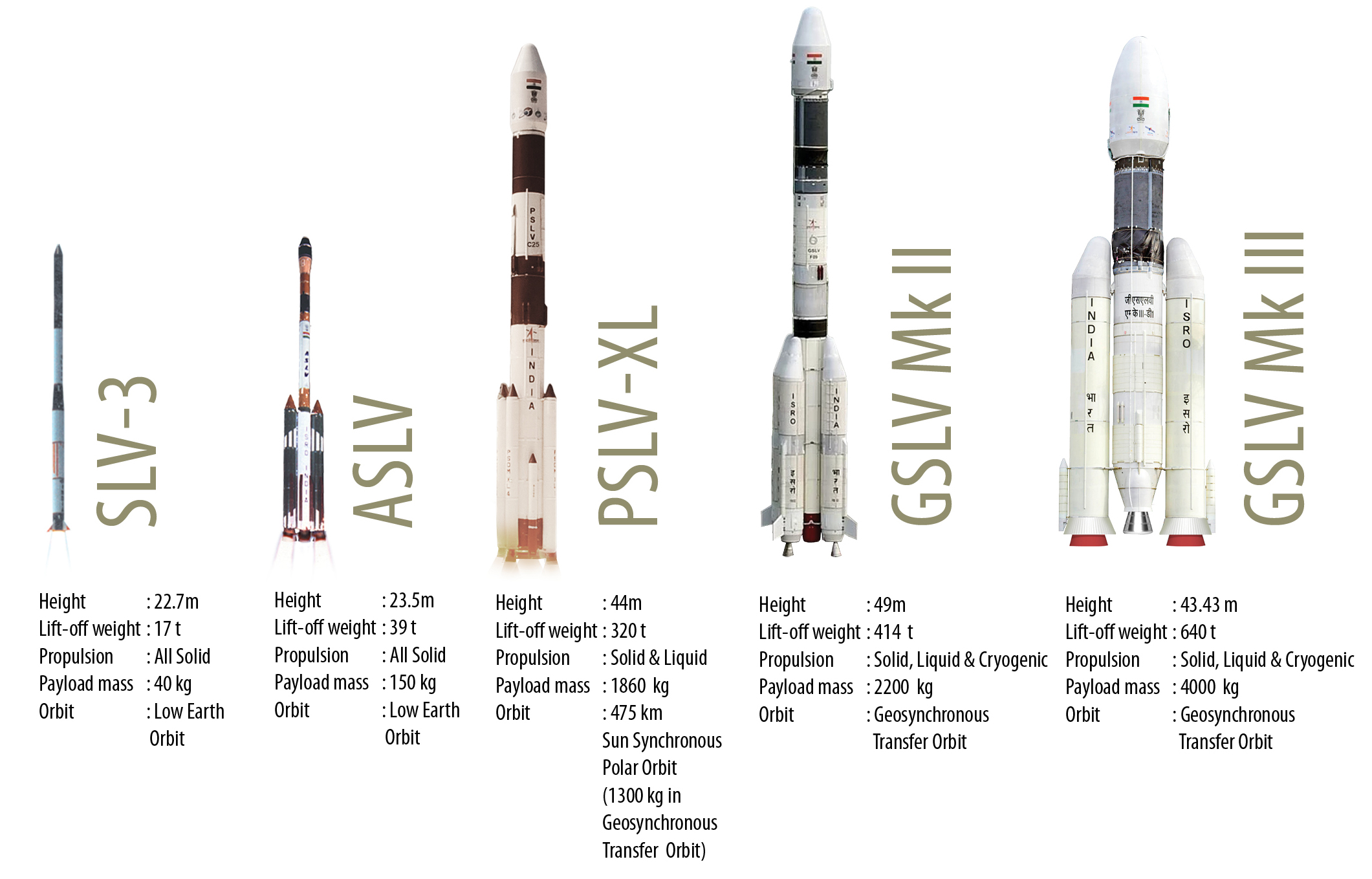 Conclusion: Thus, the Indian space program implemented by ISRO has enabled the pursuit of various frontier areas of space research besides facilitating the country's overall development and technological advancement.

Fiscal Federalism refers to the financial relations between the country’s Central Government and other units of Government. It essentially represents how expenditure and revenue are allocated across different layers of Government administration.

Thus, the Act of 1919 and Act of 1935 established a basic structure of fiscal federalism in India. 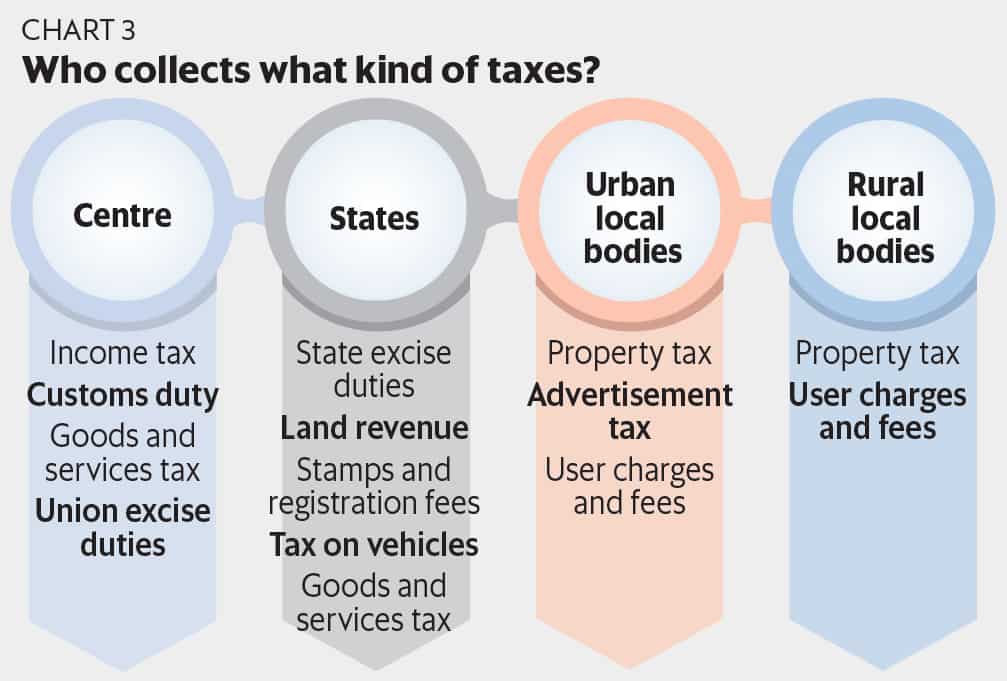 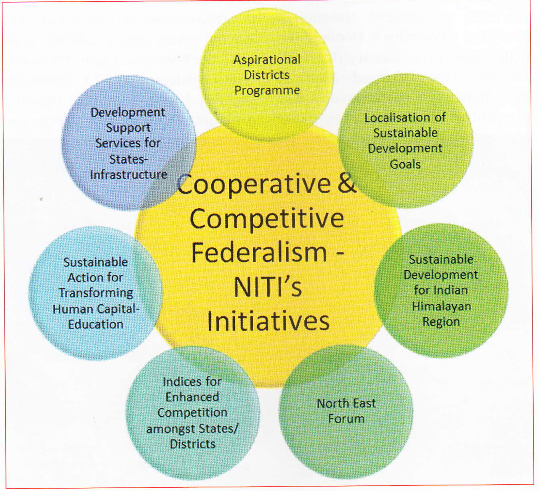 In the wake of Covid-19, public health has been brought to the forefront. Amidst the ongoing challenges of mitigating the pandemic, one thing has become clear, the need for affordable and accessible health care for all.

The idea behind Health for All is intrinsically interlinked with the idea of Universal Health Coverage (UHC) which envisages, that everyone, everywhere, has access to essential health care services without facing financial hardship.

Measures by the government:

Takeaways from Pandemic and our healthcare:

Alongside efforts to strengthen primary health care, raise public health expenditure and provide greater financial coverage, we also need an enabling environment for public health innovation through collaborative action to provide affordable tools to those who need it the most. Only then we will be able to ensure that no one is left behind when the next public health crisis strikes.

Based on the author study, there are eight dimensions that enable infrastructure development:

Based on these dimensions, the author will analyze the development and changes in infrastructure.

All the above challenges have to be achieved with low carbon emission technology, no ecological footprints. Hence the best way is the technological innovation and up-gradation of the Indian agricultural sector.

India is a land of rivers, a seat of many civilizations, spirituality, mysticism, traditional medicine. Land of diversity in color, religion, traditions, language, literature, music, poetry, dance, art, and culture.

A core value guiding Indian art and culture is inclusiveness. This led to adaptations and interventions of Moghul rule and European rule.

Indian art & culture is the spirit of India which is all about the values of inclusiveness, beauty,
aesthetics, purity of intention, attention to detail, discipline, focus, the pursuit of perfection, willingness to connect with one’s higher self, openness, excellence, and plurality.

Please Share with maximum friends to support the Initiative.
SELF PREPARATION YOJANA GIST