Context: The 2021 Corruption Perception Index by Transparency International places India 85th on a list of 180 countries, one position above last year.

Why is the CPI based on perceptions?

Highlights from the Index: 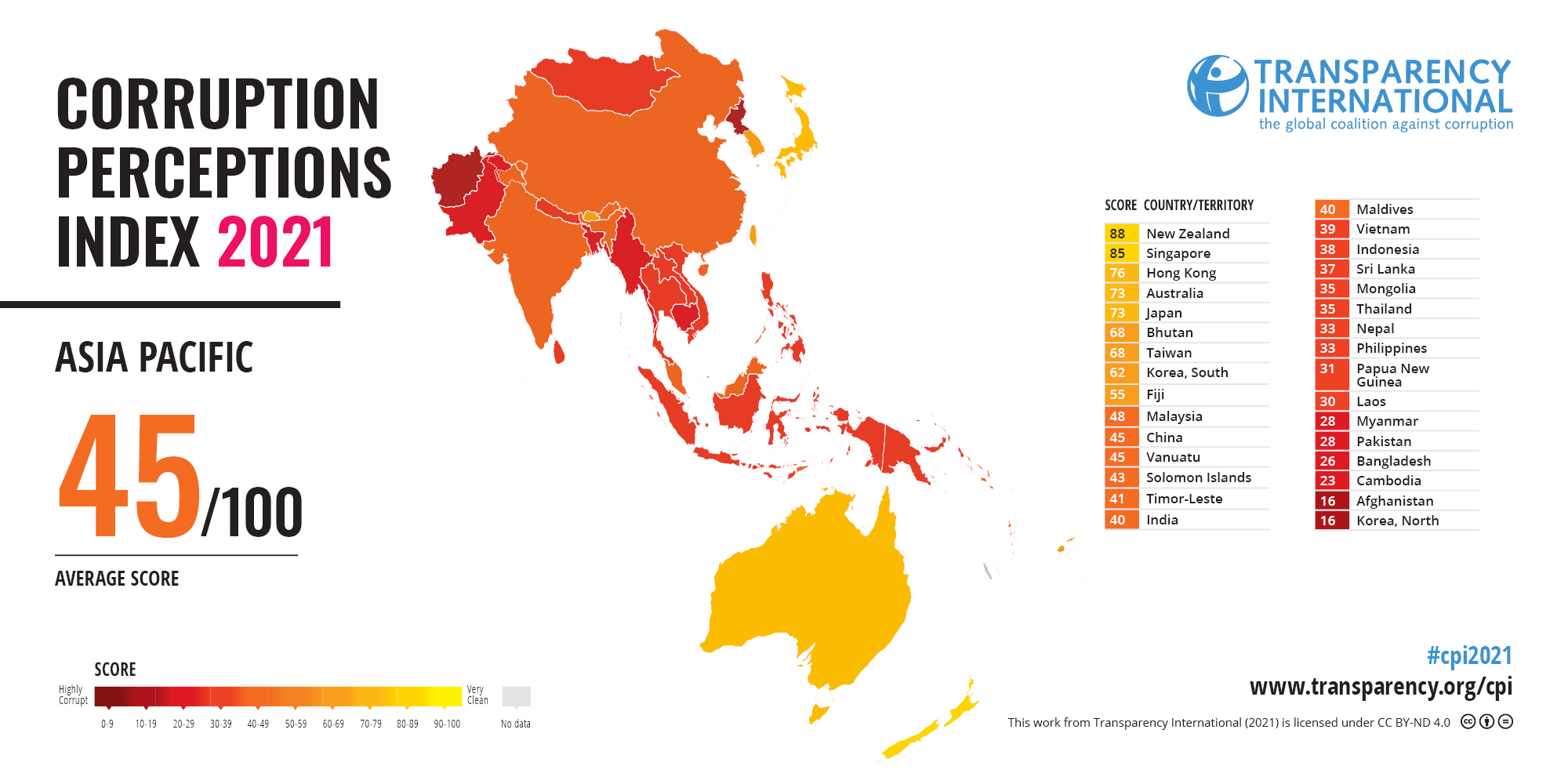 How corruption in India, neighbours changed in 10 years

Corruption may be a multifaceted problem, but it is one we know how to solve. We are calling on the public to demand that governments act on their own anti-corruption and human rights commitments, some of which are decades old and remain unfulfilled. Many of the anti-corruption successes in recent history have been due to the tireless, coordinated efforts of ordinary people, who have taken great personal risks to make change happen.

To end the vicious cycle of corruption, human rights violations and democratic decline, people should demand that their governments: