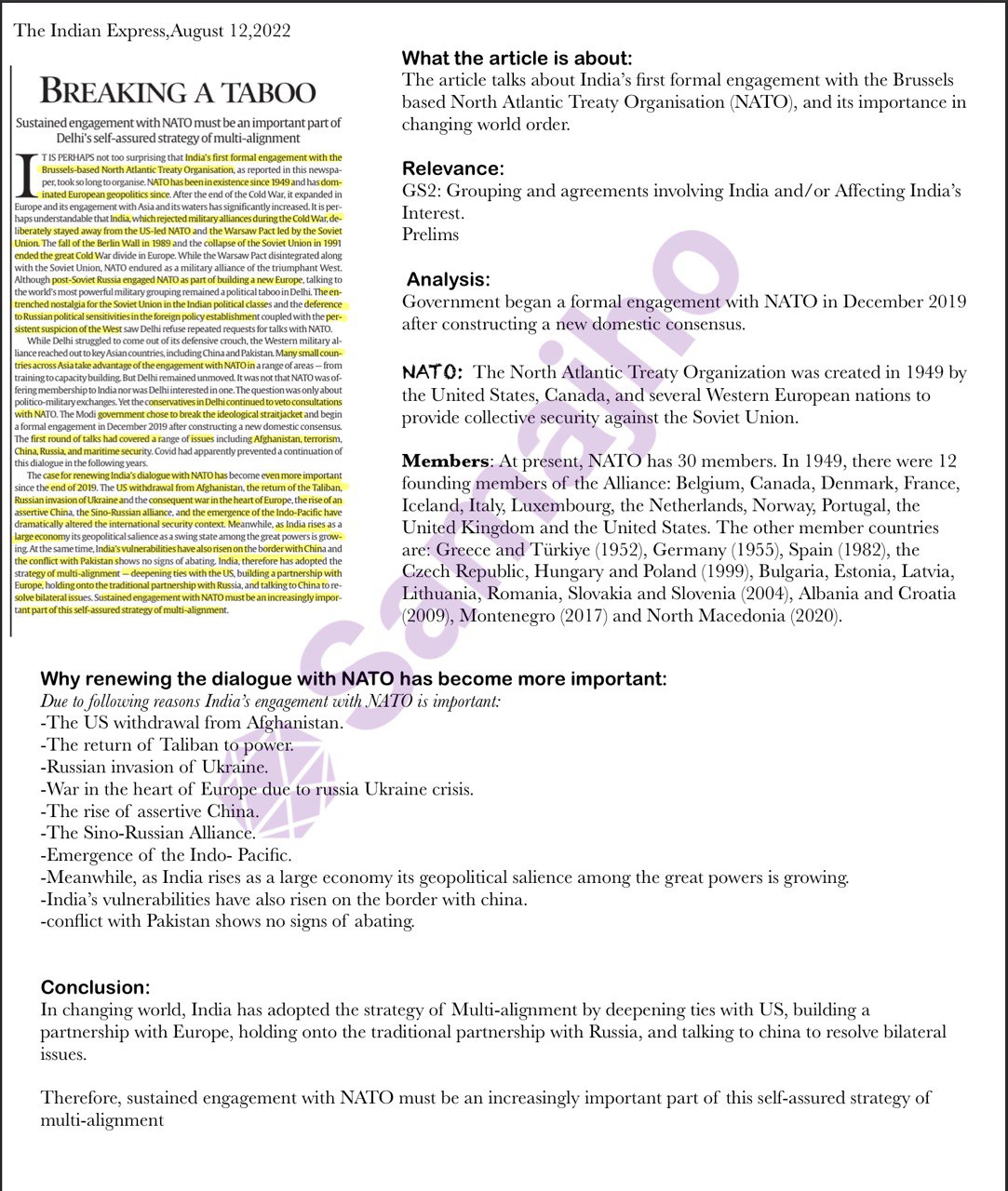 What the article is about:
Relevance:
Analysis:
NATO: The North Atlantic Treaty Organization was created in 1949 by the United States, Canada, and several Western European nations to provide collective security against the Soviet Union.
Members: At present, NATO has 30 members. In 1949, there were 12 founding members of the Alliance: Belgium, Canada, Denmark, France, Iceland, Italy, Luxembourg, the Netherlands, Norway, Portugal, the United Kingdom and the United States. The other member countries are: Greece and Türkiye (1952), Germany (1955), Spain (1982), the Czech Republic, Hungary and Poland (1999), Bulgaria, Estonia, Latvia, Lithuania, Romania, Slovakia and Slovenia (2004), Albania and Croatia (2009), Montenegro (2017) and North Macedonia (2020).
Why renewing the dialogue with NATO has become more important:
Due to following reasons India’s engagement with NATO is important:
Conclusion: