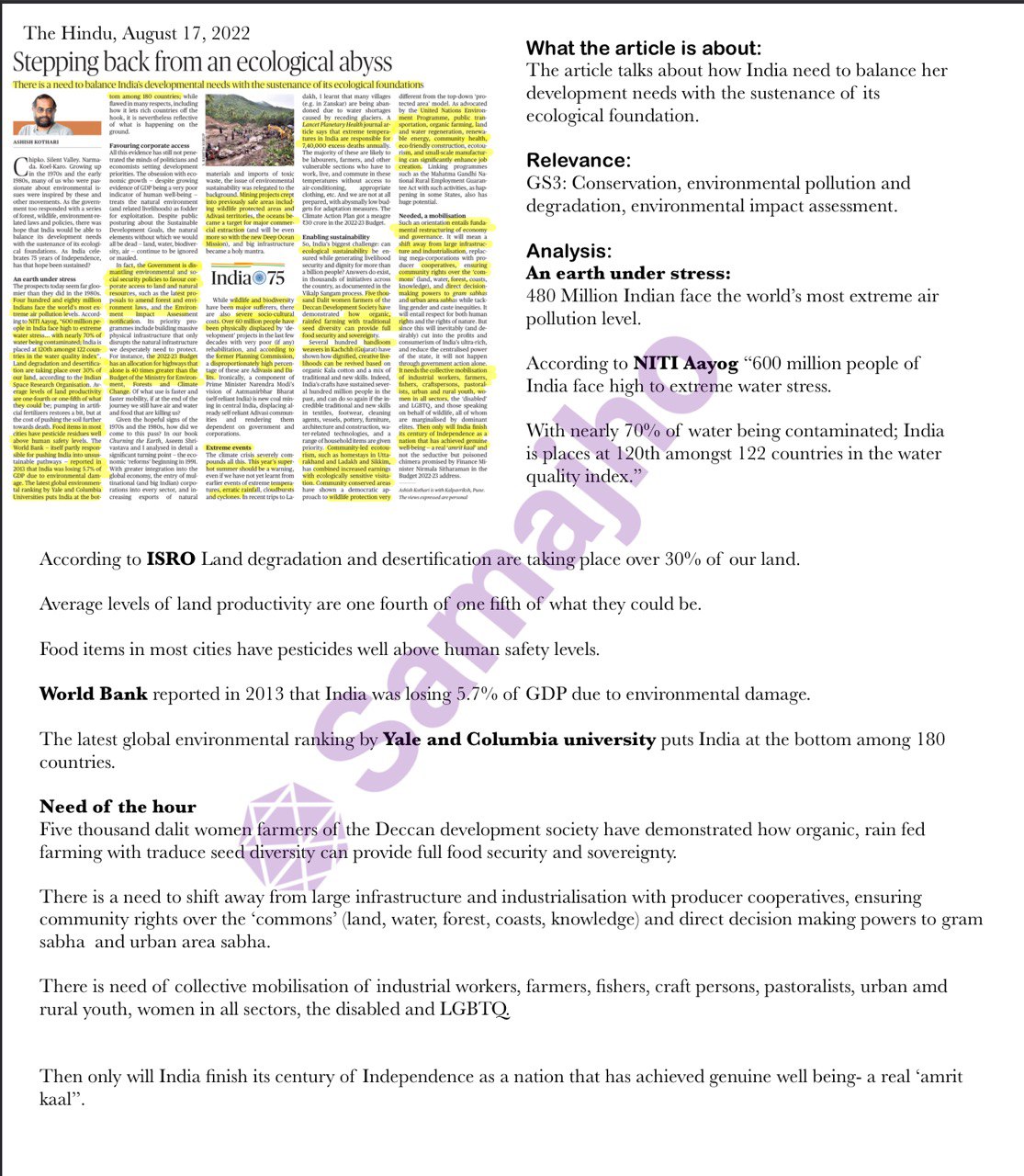 What the article is about:
Relevance:
Analysis:
An earth under stress:
Need of the hour