Context: The World Food Programme (WFP) has won the 2020 Nobel peace prize for its efforts to combat hunger and to improve conditions for peace in conflict areas.
The award was also a call to the international community to fund the UN agency adequately and to ensure people were not starving.

Focus Areas of WFP are: 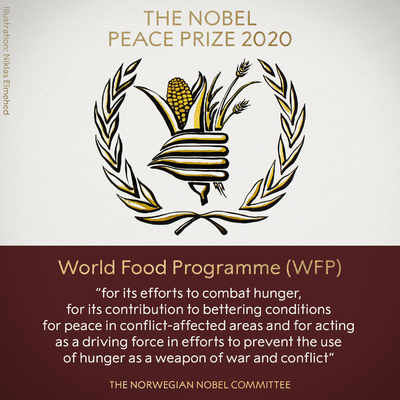 Hence the role of the World Food Programme in providing food security to vulnerable populations around the world becomes important, especially in a post-Covid era. Also, displacements due to climate change will increase the number of climate refugees in the coming decades and food security would be a greater concern.